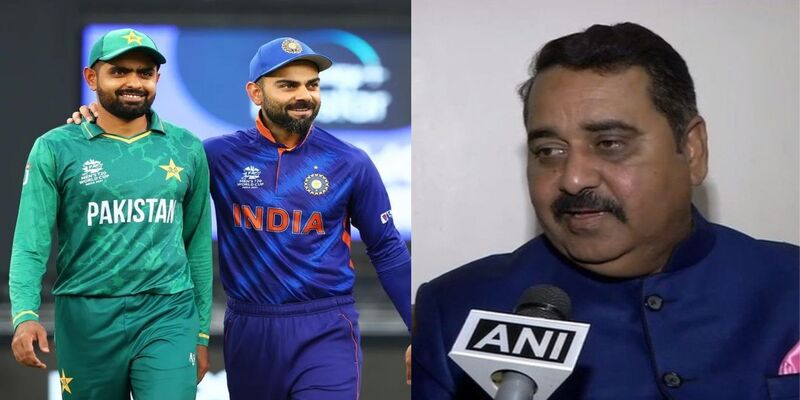 Pakistani skipper Babar Azam is one of the best batsmen of the current era. And, in recent years, he has arguably been the best Pakistani batsman across all formats. And that’s what he showed in the second test match against Australia. He scored his 6th Test century to help his team save the match on the fifth day of the second match. In addition, his marathon innings helped him climb the latest Test batsmen rankings.

Babar Azam moved to the eight spot (743 points). While the Indian former skipper was demoted to the ninth spot (742 points). And his match-turning innings of 196 runs in the fourth innings of the match, has broken some batting records as well.

Many ex-cricketers have praised the Pakistani skipper across the world. Some have even levelled him above some of the big names of the current era. However, Virat Kohli’s childhood coach, Rajkumar Sharma, has some other thoughts on Babaz Azam’s breaking into the “Fab Four” in place of Kohli.

“Babar Azam is the backbone of Pakistan” – Rajkumar Sharma

Kohli’s childhood coach spoke about Babar during a conversation on India News. He was asked if Kohli was falling behind in the race of the “Fab Four” and if Babar Azam is going to replace him. However, he denied making any comparison between the two current batting legends. He also pointed out that without being biased towards Virat Kohli, you can check his stats and it will tell you everything that he has achieved so far.

The other three batsmen from the “Fab Four” are Steve Smith, Kane Williamson, and Joe Root. The England skipper is in the form of his life at the moment. On the other hand, the other two batters are making runs but not getting the big score. Former Indian player Saba Karim also praised Babar. He said that he would wait a while before adding him to the “Fab Four”.

Is the King's 196 the greatest innings by a Pakistani batsman in Test history? 👑#PAKvAUS | #BabarAzam𓃵 pic.twitter.com/iHbJdZHowj

Babar is yet to prove himself in SENA countries

However, he also stated that the right-hander is yet to prove himself in the SENA countries. He further added, “It is necessary to prove that because any batter. Especially subcontinental ones, is measured in how he has performed in SENA countries.“

The Pakistani skipper has struggled in Australia in the longest format. He has played five Test matches and scored 278 runs at an average of 27.80. Further Rajkumar concluded that, as any batter from New Zealand and Australia is considered based on their performance in Asian conditions. In that way, Babar needs to perform in SENA countries. He said, “If he does well there also, then he 100% deserves to be included in the Fab Four.”

“I was very emotional, sad and shattered” – Mohammed Siraj reveals who consolidated him when his father passed away
Shoaib Akhtar names three players as the “GOATs” in cricket, adds one Indian player to the list
To Top