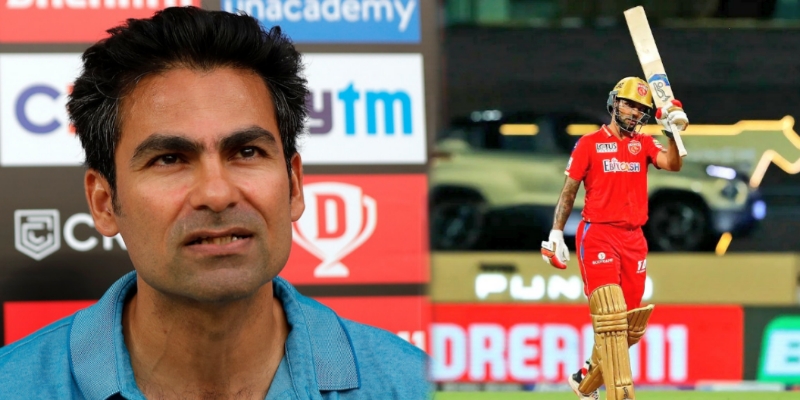 Shikhar Dhawan, who is out favour for the Indian cricket team, is showing his prowess in the Indian Premier League (IPL) 2022, and Mohammad Kaif feels that Dhawan should be picked for the T20 World Cup 2022 and termed him as “T20 ka Khalifa.”

After a failure to make it to the semi-final of the T20 World Cup 2021, Team India will be looking to do better in the T20 World Cup 2022 to be played on Australia. And Indian Premier League (IPL) 2022 is a great platform for the players to fight for a slot in the squad.

The stars and top players of the Indian cricket team is currently struggling in the IPL 2022, whether it is captain Rohit Sharma, or former captain Virat Kohli, and even the pace bowler Jasprit Bumrah.

While they are struggling, some youngsters have stepped up and making a claim for a slot in the Indian team soon. But also, players who are out of favour at the national team, the likes of Dinesh Karthik or Shikhar Dhawan, are also proving to be a solid candidate.

And Shikhar Dhawan put forth his candidature during Punjab Kings’ match against Chennai Super Kings, when the left-hand batsman scored 88 runs from 59 balls, taking his team to victory.

Taking to his Twitter account after the Punjab’s victory, former Indian cricketer Mohammad Kaif heaped praise on the player. He tweeted that MS Dhoni is called Thala, Kohli is called King, thus, Shikhar Dhawan should be called T20 ka Khalifa and should play for India.

Dhoni Thala hai, Kohli King hain aur Shikhar? 6000 IPL runs, delivering under pressure, he is T20 ka Khalifa. He should play T20 World Cup. Don't ask me where, if I was selector, I would tell you.

As for his performance in the Indian Premier League (IPL) 2022, he has played 8 matches as of writing this and has scored 302 runs which includes 2 fifties. He has been consistently scoring over 450 runs from the last couple of years.