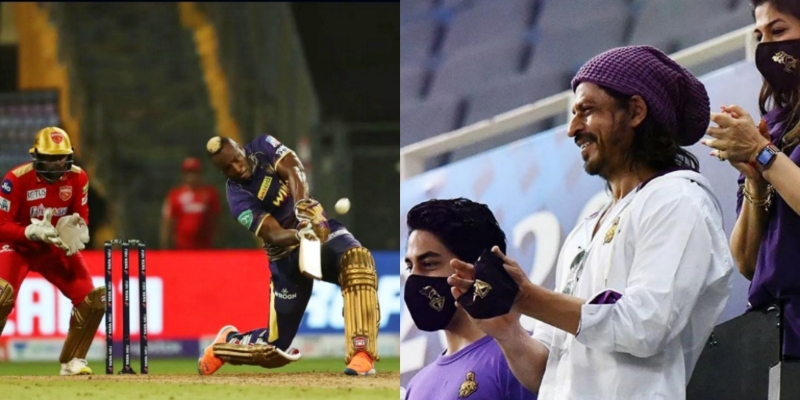 Andre Russell displayed his own self as he took the job to his own hand to take Kolkata Knight Riders (KKR) over the line in a low scoring match.

It was Kolkata Knight Riders (KKR)’s 3rd match in just 1 week, and the 2nd match in 3 days. The coin fell in favour of the KKR captain Shreyas Iyer, who asked out the Punjab batsmen to bat first.

Even though they lost the wicket of captain Mayank Agarwal early on, Bhanuka Rajapaksa displayed his own attacking batting, taking Shivam Mavi for 22 runs in an over, but also lost his wicket in that over.

Still after a brilliant start in the powerplay, Umesh Yadav wreck havoc on Punjab batsmen, and they could not get going at all after the powerplay. At one stage, even 120 was impossible, but Kagiso Rabada played a cameo to take Punjab to 137 runs.

In chase of the target, KKR lost 2 wickets in the powerplay and scored 51 runs. The next over after powerplay, Rahul Chahar took 2 wickets in a single over to turn the game to Punjab’s favour.

But, Sam Billings and Andre Russell showcased composure for the initial overs, but once Russell got going, there was no stopping, while Billings played a good anchor. Russell scored 70 runs of 31 balls and hit 8 sixes. He also hit Odean Smith for 30, runs in a over, which really turned out the match winning over.

After the match, KKR’s owner and Bollywood star Shahrukh Khan was full of praise for Russell. Taking it to his official social media handle, Shahrukh praised Russell, Umesh Yadav, Shreyas Iyer and the entire team.

Welcome back my friend @Russell12A so long since saw the ball fly so high!!! It takes a life of its own when U hit it Man! And @y_umesh wow! To @ShreyasIyer15 & team well done.Have a happy nite boys.