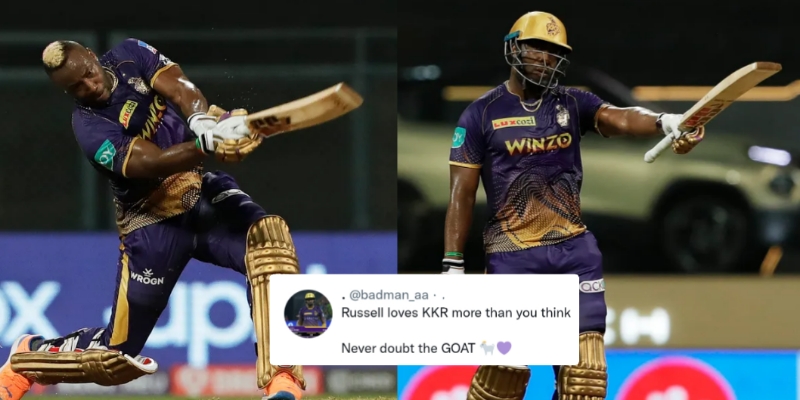 Finally, the end of one of the most destructive innings in T20 cricket has finally ended, and that’s not because of the wicket. Actually, that is because the target is small. One of the most ferocious batsmen in the world has once again shown the world why he is among the best. Kolkata Knight Riders have won the match by six wickets against Punjab Kings. Andre Russell helped the KKR to win with a blinder of an innings. The West Indian all-rounder has scored 70* runs off just 31 balls, including two fours and eight maximums.

In the end, KKR won the match with 33 balls to spare. Batting first, PBKS were bundled out for a score of 137 runs in 18.2 overs. Umesh Yadav was once again the pick of the bowlers for KKR. The veteran pacer picked up 4/23 in four overs. With such a small target, it looked like KKR would chase it easily.

But PBKS bowlers, especially spinners, were hard to pick for the KKR batters. As a result, KKR were reduced to 51/4 in seven overs. The match was evenly posed at that time. And one more wicket wouldn’t have been a disaster for KKR at the moment. But the stage was set for Russell to unleash his ability. He did that for what he is known for. Russell treated all the bowlers like he was playing in nets. He smashed the ball into every part of the ground.

With his knock of 70 not out now, he has also become the “Orange Cap” holder of the season. After his innings, fans went crazy and praised the West Indian beast on social media.

I request everyone to wear helmet in the city next time KKR plays, you never know when a ball hit by Russel reaches you. Though full marks to @rdchahar1 for a tremendous display of leg break bowling. My best wishes for him. #KKRvsPBKS pic.twitter.com/cY0pH2MT7Q