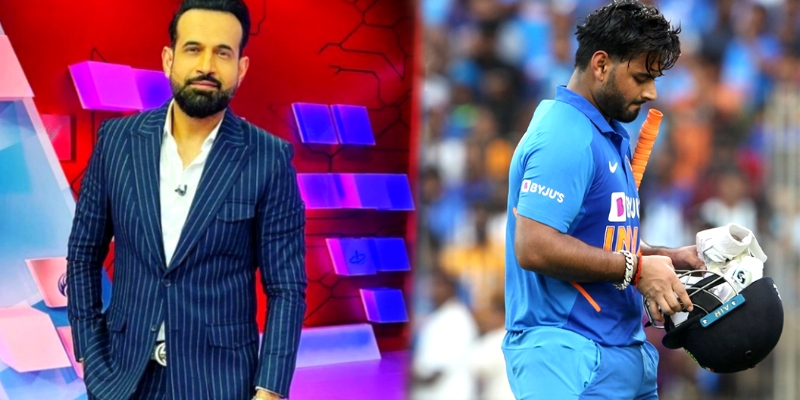 Former Indian all-rounder Irfan Pathan has selected India’s ideal XI for this year’s T20 World Cup in Australia. However, Pathan did not include wicketkeeper Rishabh Pant in his XI and has been replaced by veteran Dinesh Karthik, who recently returned to the Indian team.

Karthik got a chance to return after three years due to his good performance in IPL 2022 and with his performance, he has made claim to be included in the Indian squad for the World Cup. Rishabh Pant’s performance in the T20 series between India and South Africa ended 2-2 was not very good as he only scored 58 runs in five innings. Earlier in this season of IPL also that the left-hand batsman struggled to find his best.

Irfan Pathan has relied on experience in his top 3 and for that reason, he has not given place to Ishan Kishan in the XI, who is performing well. He has given the responsibility of top order to experienced batsmen like captain Rohit Sharma, KL Rahul and Virat Kohli.

Explaining the important reason behind this, he said, that in Australia, one need a strong start because the ball swings and seams, thus, experienced players would more suitable to the condition. He also said that Kohli may not have done well so far but he has scored a lot of runs in Australia and that could be vital.

Pathan then selected Suryakumar Yadav for the number 4 slot. On the other hand, Hardik Pandya and Dinesh Karthik finds their place in the next two slots, in at number 5 and 6. Ravindra Jadeja has been selected for No.7, who was not part of the T20I series against South Africa due to injury.

In the spin bowling department, the former all-rounder has brought in the services of Yuzvendra Chahal, who missed the last edition, but, finished as the highest wickettaker in the IPL 2022. In the fast bowling department, the trio of Bhuvneshwar Kumar, Jasprit Bumrah and Harshal Patel leads the charge for the side with Siraj and Mohammed Shami not finding a place.