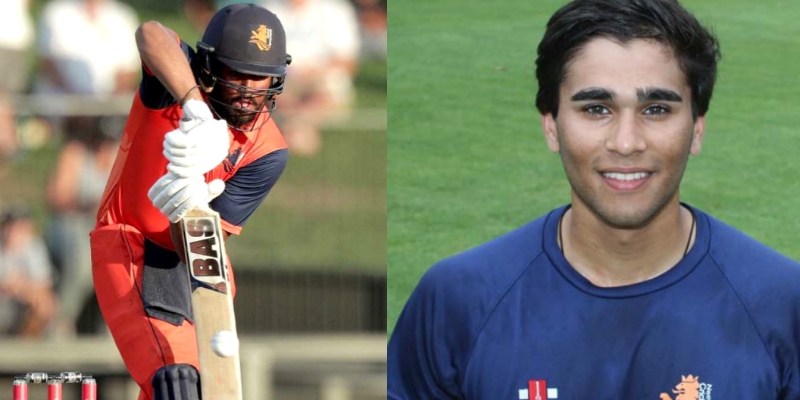 For all those die hard Pakistan cricket team fans, they all are aware that the Men in Green are currently playing a 3 match One Day International (ODI) series against the Netherlands team in Netherlands.

The first match of the Pakistan vs Netherlands ended with the Pakistan winning the match in a close call as they beat the hosts by 16 runs.

Batting first, Pakistan scored 314 runs in their 50 overs with Fakhar Zaman scoring a century and Babar Azam scoring 74 runs. Netherlands while the target looked real comfortable and just lacked a big century inning from one batter. Still, with fifties from Vikramjit Singh, Tom Cooper and Scott Edwards meant they could score 298 runs and miss out on the win by 16 runs.

However, some of you might not be aware that there are some Indian origin players who are playing for the Netherlands cricket team in this series.

India and Pakistan cricket rivalry is considered one of the best sporting rivalry in the world (and we are not just talking about cricket). Whenever the two countries play against each other, the excitement level reaches its peak and the craze among the fans is a thing to watch.

The fans of both the teams wants their respective country’s team to win the match as one cannot just accept the defeat against the other team.

Now, coming back to Pakistan’s ongoing series, there are a couple of Indian origin players who are playing for the Dutch. Today in this article, let’s take a look at those players.

The name in our list is Vikramjit Singh, the Punjab born Netherlands cricketer is just 19-years-old and has a good future ahead of him. The batter has been representing the Netherlands side since the year 2019 and has thus far played 9 ODIs and 2 T20Is and has scored 251 and 16 runs respectively.

The next player in the list is the 20-years-old Arnav Jain. The youngster has represented the Netherlands U19 side but is yet to make his senior International debut, but the series against Pakistan could be a great platform for him.

The next player in the list the bowler who goes by the name of Aryan Dutta. The youngster, just 19-years-old, made his Netherlands debut in the year 2021 against Nepal in T20I and the same year he made his ODI debut against Scotland. He has thus far played a 11 ODI matches and taken 9 wickets and 4 wickets in 5 T20I matches.

The last (but not the least) name in our list is Andhra Pardesh born 27-years-old cricketer Teja Nidamanuru. He made his Netherlands debut earlier this year in a ODI match against West Indies and made his T20I debut against Papua New Guinea. He has played so far 5 ODIs and has scored 102 runs. He has also scored 30 runs from 6 matches in T20Is.

3 cricketers who have scored a century and taken 5 wicket haul in an ODI match
3 Indian players who scored well over 10,000 runs with ease in overseas conditions
To Top