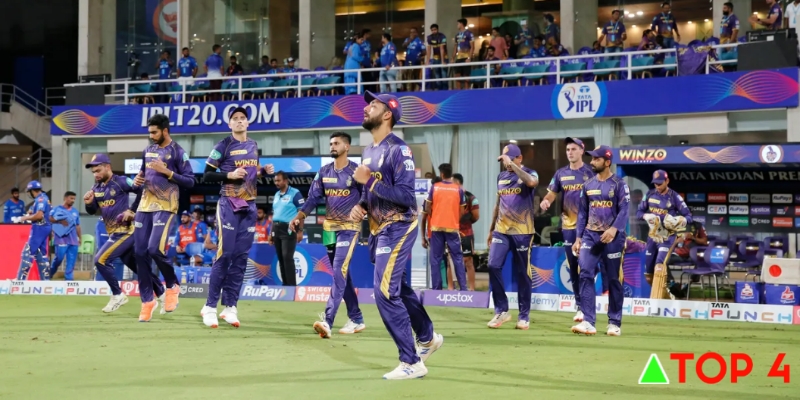 The ongoing 15th season of the Indian Premier League (IPL) 2022 season is almost at its end, and the race for the playoffs has intensified. Of the 70 league-stage matches, 56 matches have already been played, but so far not a single team has officially confirmed top four.

However, Mumbai Indians (MI) is the only team so far to have crashed out of the Indian Premier League (IPL) 2022 playoffs race.

Kolkata Knight Riders (KKR), who are close to joining Mumbai Indians in that, are still not ready to give up and ready to fight till the last breath, and they proved their intention against Mumbai Indians last night.

Kolkata Knight Riders (KKR), led by Shreyas Iyer, managed to pick up their 5th win of the campaign against Mumbai Indians, after beating them by 52 runs in Mumbai’s DY Patil Stadium.

KKR under the leadership of Shreyas Iyer did well in the few opening matches of the season but the franchise lost momentum midway and then five consecutive defeats derailed their IPL 2022 campaign.

However, with win in the previous match, they now sits 8th in the points table and mathematically still can make it to the playoffs, with only 2 matches remaining for them. So let’s have a look at what KKR needs to do to get into the IPL 2022 playoffs and play infront of their home crowd in Kolkata.

From their remaining two matches now, KKR need to register big wins against Sunrisers Hyderabad (SRH) and Lucknow Super Giants (LSG) to boost their net run rate. Let us tell you, Lucknow Super Giants (LSG) are currently at the top of the points table with 16 points, and even if KKR beat them, then there will be no loss for the new franchise, but there is benefit for Kolkata.

However, that only won’t do for them. They also need some other results to go their way. It’s starts with first that is that Rajasthan, Mumbai and Punjab has to beat Delhi, Chennai and Bangalore respectively in their next match.

That should also go with that, Delhi and Mumbai must beat Punjab and Hyderabad. And the final hurdle is that, Gujarat, Chennai, Mumbai and Hyderabad must beat Bangalore, Rajasthan, Delhi and Punjab respectively in the coming matches.

Well, it’s a lot of ask, but the Knight Riders must also need to win their remaining two matches to have any chance of going through.