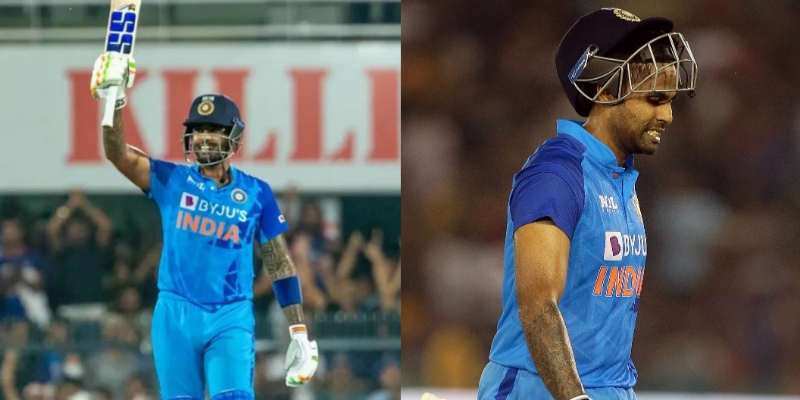 Suryakumar Yadav is going through his best form at the moment. He batted brilliantly in the T20I series against Australia and South Africa, due to which he secured the first position in the ICC Men’s T20 batters’ rankings, however, it was a very short living for him as he was once again demoted to 2nd place after 2 days being at the top.

In fact, in the first two matches of the T20 series played against South Africa, he scored half-centuries, due to which he reached the top of the T20I batters’, but in the third match, Yadav scored only 8 runs in 6 balls and for this reason he fell down to 2nd place back again while the current number 1 batter was having a good show against England.

Mohammad Rizwan regained the first position while Pakistan captain Babar Azam is in third place as of writing this. Rizwan scored a mammoth 316 runs from 6 innings in the 7 match T20I series against England. Babar Azam though finished as the 2nd most run scorer having scored 285 runs. In the upcoming T20 World Cup, there is certain to be some heavy competition between the three batters for the number one spot.

Suryakumar Yadav has done very well this year, or rather I say since after making his debut. His batting and his best shots have won the hearts of many. The best thing about Yadav has been that he has scored consistently for the Indian team.

He was the top scorer in the recently concluded T20I series against South Africa. He was also honoured with the Player of the Series award, with which he has made a big statement about his game.

Looking at his T20I stats for India, Surya has played 32 T20I matches and has scored 1045 runs just prior to the T20 World Cup 2022. He has also scored 1 century and 9 half-centuries in that short period of time. He has also been in great form in the IPL for the Mumbai Indians, scoring 2644 runs in 123 matches.