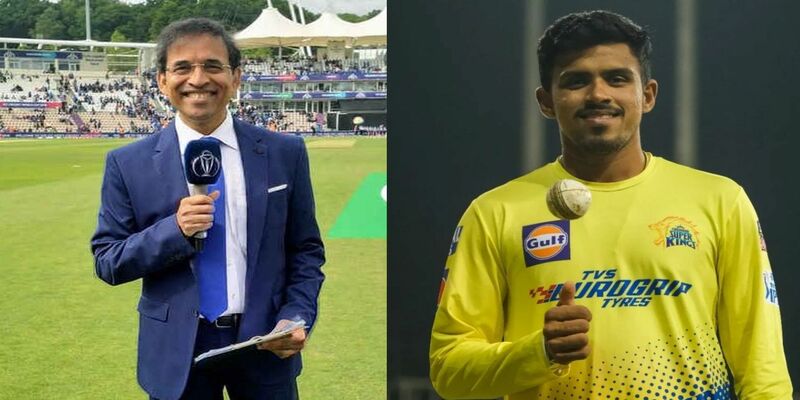 It will not be a wrong statement to say that the Chennai Super Kings are one of the best IPL franchises in the history of the IPL. And they are the only team to qualify for the playoffs in almost every season except 2020. And that’s what they showed last season as well. CSK are the defending champions and would like to retain the trophy this season as well. The franchise retained its four core players ahead of the auction. And at the auction as well, they bought back as many as eight former CSK members for the upcoming season.

However, the franchise picked 21 more players at the auction. And now the big challenge is to choose the right playing XI ahead of the first match. Cricket commentator and journalist, Harsha Bhogle, has come up with his thoughts on the best possible XI for CSK in the upcoming season. In the video uploaded on his official Twitter handle, he shared his possible XI that might lift the 2022 trophy as well. Speaking on the show “Voice of Cricket” on Cricbuzz, Harsha has rated the CSK as a good side heading into the tournament.

Harsha has gone for some of the interesting picks in his XI for CSK. But the biggest problem for the franchise is the fitness of their most expensive buy, Deepak Chahar. So MS Dhoni and his team must find a suitable replacement. However, the 60-year-old has considered all the injuries and possibilities before choosing his team.

Without a doubt, the “Orange Cap” holder from last season, Rururaj Gaikwad, will open the innings. But Harsha has made an interesting pick as his opening partner. In the absence of Faf du Plessis, he has picked the veteran opener Robin Uthappa. The right-hander has played most of his innings batting up the order, so he has enough experience to open with Gaikwad. He has picked another veteran batter, Ambati Rayudu, for No. 3, which is an important position in the game. Rayudu has also opened for CSK for a couple of seasons, so he is familiar with the challenges.

At No. 4 and 5, he has picked two of the best all-rounders in the competition. Moeen at 4 and Jadeja at 5 will play in his XI. Both are very aggressive batters and can anchor the inning in the case of early wickets. Well, CSK prefers to play more and more all-rounders in their team. So at No. 6, Harsha has chosen the hard-hitting batsman, Shivam Dube. The left-hander is ideal for hitting big shots at will and can finish off matches with his hitting power. Dhoni might be used as a floater in the team as per the requirement. So at No. 7, skipper MS Dhoni will come.

The right bowling combination for CSK

In the absence of Lungi Ngidi and Deepak Chahar, all the onus will be on Dwayne Bravo. So he has picked Bravo as the leader of the pack. Harsha Bhogle has also shown trust in veteran English pacer Chris Jordon. The right-armer is a vastly experienced bowler, and he has played in various leagues across the world. Now the next question will be a pacer who can take wickets upfront because Jordon and Bravo are death specialists.

So for the power-play overs, the 60-year-old has chosen either Adam Milne or M Theekshana. And the last pick for the XI is the local boy, KM Asif. He bowls right-arm medium and is capable of moving the bowl both ways.