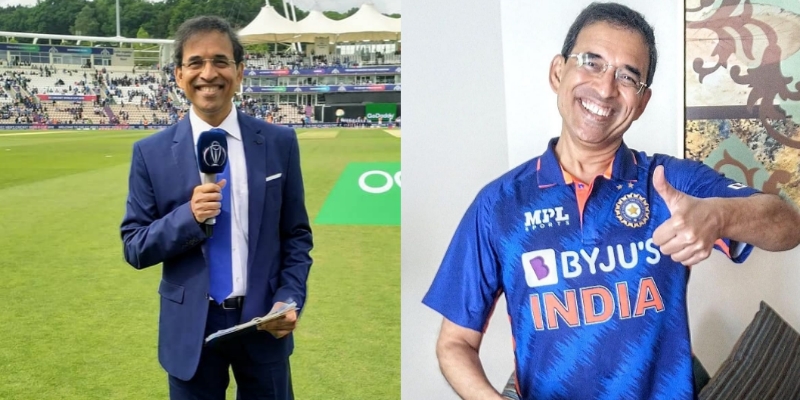 Famous cricket commentator Harsha Bhogle has picked the best opening batter in T20 matches right now. Whenever one thinks about the best openers in T20 cricket history, some of the names that come to the mind are the likes of Virender Sehwag, Gautam Gambhir, TM Dilshan, Tamim Iqbal, Brendon McCullum, Chris Gayle, Hashim Amla, Alex Hales, Shane Watson, Sanath Jayasuriya and many others.

Among the active cricketers, opening batters like Rohit Sharma, KL Rahul, David Warner, Aaron Finch, Babar Azam, Mohammad Rizwan, Martin Guptill, Mohammad Shahzad and others are the names that come to the mind. However, one opening batter who has been very consistent and destructive in the shortest format of the game of late has been the England cricket team’s wicket-keeper batter, Jos Buttler.

And according to the famous cricket commentator Harsha Bhogle, Jos Buttler is the best T20 opener in the world at the moment.

“There isn’t a better opening batsman in the world at the moment, in T20 cricket, than Jos Buttler,” Harsha Bhogle wrote on Twitter.

There isn’t a better opening batsman in the world at the moment, in T20 cricket, than Jos Buttler

This tweet has received more than 30,000 likes so far, suggesting that most of fans agree with Harsha that Jos Buttler is indeed the best opening batter in T20 cricket right now.

Yesterday in the match between England and Sri Lanka, Jos Buttler became the first batter to record a hundred in the ICC T20 World Cup 2021. The right-handed batter opened the innings and played till the last ball. He hit a six off the last ball of the innings to reach the milestone. Buttler won the Man of the Match award for his performance.