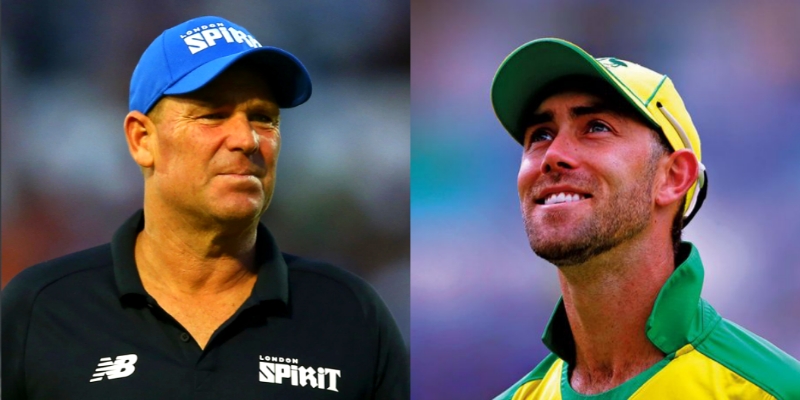 Australia’s star all-rounder Glenn Maxwell is all set to make his debut in The Hundred. He is part of the London Spirit team in the competition. The team’s coach in the first season of the tournament was none other than the late Australian leg-spinner and legend Shane Warne.

Although Maxwell was not a part of the first season, he remembered his conversation with Warne. Maxwell revealed that he immediately started discussing strategies and gameplans with Warne after joining London Spirit.

Maxwell is considered one of the most powerful players of the white ball. His arrival will certainly benefit the London spirit. In the first season, he skipped the tournament. Coach Warne then added Josh Inglis as a replacement.

Speaking to ESPNCricinfo, Maxwell recalled how he and the late Shane Warne started discussing the team and the combination after being picked in the draft by the London Spirit.

He recalled saying, “When the draft happened, I wasn’t sure who I was going to, but as soon as London picked me up, Warne and I started talking a lot over the phone. Efforts were being made about the team and different combinations.”

The Australian all-rounder further revealed how Warne loved the tournament and loved working with the London Spirit.

Maxwell said that Warne The Hundred was an amazing tournament to be a part of. He further added, “The enthusiasm in his voice, he spoke really passionately about it and yes, he loved this team. He loved being able to coach the team that played at Lord’s, which was always a lot of fun.”

London Spirit have built a really good squad going into the tournament as they kick-off their campaign on the 4th of August, that is today itself, against Oval Invincibles from 11PM IST onwards.