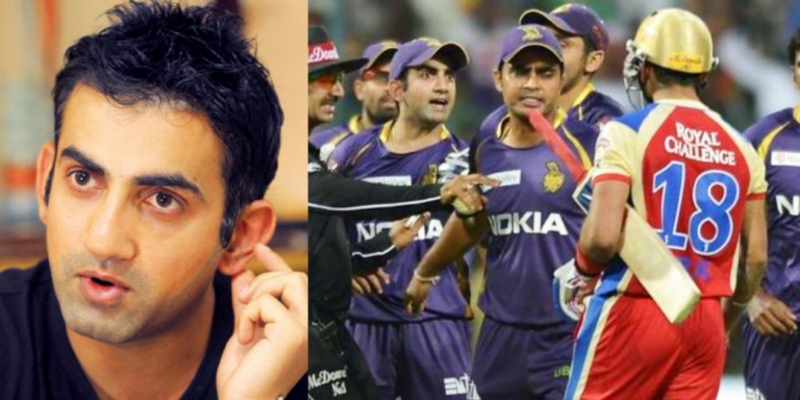 Virat Kohli led the Bangaluru based franchise Royal Challengers Bangalore (RCB) for seven seasons, before relinquishing from that position after the end of the IPL 2021.

Virat Kohli is a pretty agressive minded player, and fans also like to see him in that role only. Fans are well admirer of his tough and rough game. And we all saw that rough and toughness when he and former Indian cricketer and then Kolkata Knight Riders (KKR)’s skipper Gautam Gambhir had a heated argument on the ground.

It was during the 2013 season of the Indian Premier League (IPL), when this incident occurred. And, after almost 10 years, Gautam Gambhir has opened up on what really happened.

During a chat show with Jatin Sapru on his YouTube channel, Gautam Gambhir revealed that there was nothing personal with Virat and admired his achievements.

Gambhir stated that he is fine with that and expects Virat to be fine with it as well. He said that he likes people who are competitive and gave example of both MS Dhoni and Virat Kohli.

He added that when you are leading a team, you have to do it even if you don’t want it, because you want your team to play the way you want. He further added that sometimes you may not think about personal relationships with the other guy as you are leading your team against his.