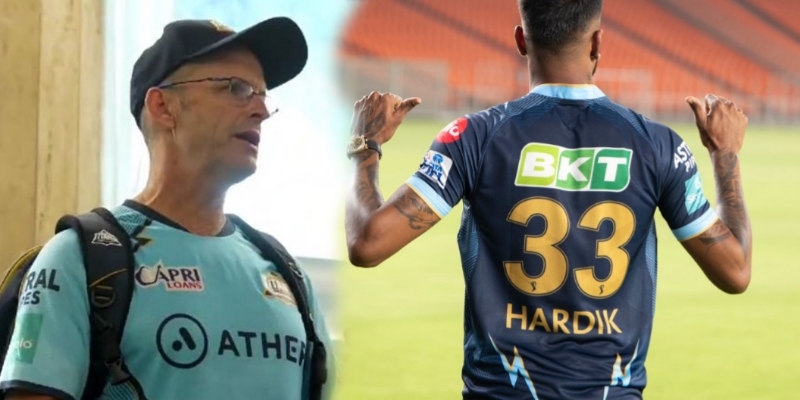 The Gujarat franchise that is playing for the first time in the Indian Premier League (IPL), has shown a great performance so far. The team has won 5 out of 6 matches so far, holding the first place in the points table with 10 points. Team’s batting coach Gary Kirsten has praised the team’s captain Hardik Pandya. Hardik has performed brilliantly with his batting, bowling and fielding so far as well as the captain of the team.

Hardik was bought by the new team earlier this year during a pre-auction draft ahead of the IPL 2022 mega auction. Later he was declared the captain of the team and he is showing the wonders of his captaincy in the ongoing IPL 2022.

The lethal all-rounder from Baroda has performed brilliantly so far. With this season of IPL, Hardik also made a comeback in the team as an all-rounder and has been performing exceptionally well with both bat and ball. Kirsten said that as an all-rounder, Hardik has made a big impact in the matches.

Gary Kirsten told The Indian Express that, they have had many conversations, but, the coaching conversation is mostly not about him instructing Pandya and it’s more about Gary understanding what Pandya wants to achieve with his batting.

The former India head coach heaped praise on Pandya after spending almost a month with him at the Gujarat Titans camp and spoke about his passion and dedication towards the team and the game. This is the first time that Hardik Pandya is captaining a team in the history of IPL.

They have performed brilliantly so far, winning five out of six matches. However, Hardik Pandya did not feature in the match against Chennai Super Kings due to small niggle.

Kirsten said that Hardik is a brilliant batsman, he can play in many different ways, can rotate the strike and get the ball to the boundary and such batsmen are very dangerous.

He also praised the maturity that Hardik Pandya has shown as the skipper of the team. “He has absolutely thrived in that new role. I mean, he’s class. I think he’s played with great maturity and he has handled the pressure situations really well,” said Gary Kirsten.