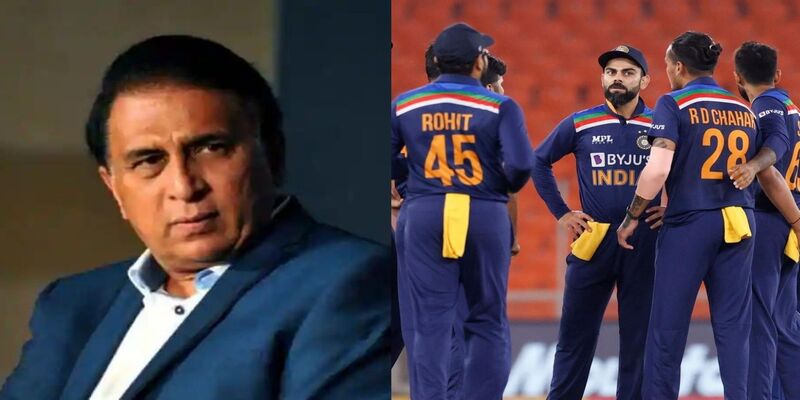 So far, the 15th edition of the Indian Premier League has given recognition to many young talents. And one such young talent is SRH pacer Umran Malik. The Kashmir-born pacer has impressed everyone with his rear pace and the ability to bowl over 150 km/h on a regular basis. His performance so far this season has caught the eyes of many ex-cricketers and fans. And his match-winning performance against the Punjab Kings in the last match has collected many praise from many.

He was adjudged “Man of the Match” for his bowling performance of 4/28, which included a three-wicket maiden in the 20th over of the innings. Former Indian skipper Sunil Gavaskar also reckons that the pacer will represent the national team soon. He just needs to work on his line and length. If he is able to do so than he will be unplayable.

In an interaction on the Sports Live show on Star Sports, Sunil Gavaskar said that Umran has been impressive with his speed, but he has also shown great accuracy. He stated that bowlers tend to bowl a few balls down the leg side with that speed. But the SRH pacer has shown good application and he hardly bowls any wide deliveries.

The former skipper also suggested that if he could control the odd balls that he bowls to the leg side, then he could be unplayable for the batsmen. He also added that Umran needs to bowl wicket-to-wicket and that with his pace it will be difficult for batters to hit him straight. Gavaskar concluded, “”If he bowls wicket-to-wicket, he’s going to be pretty much an unplayable bowler. He’s going to play for India.“

Former South African speedster and SRH fast-bowling coach Dale Steyn also heaped praise on the young pacer. He, along with Muttiah Muralitharan, celebrated the wicket of KKR skipper Shreyas Iyer, when Umran rattled his wickets with a yorker. Speaking on Star Sports, Steyn said that he doesn’t want the young pacer to slow down his speed. He just wanted him to bowl as fast as he could and let batters play differently. He concluded, “It’s exciting for us to sit back and watch what a genius he is. I don’t want to turn him into what I was, all I want is his geniuses to come out.”

Sunrisers Hyderabad have been on a roll as they have now won four back-to-back matches. Both the bowling and batting have ticked all the boxes. Now they will lock horns against Royal Challengers Bangalore on Saturday, April 23.