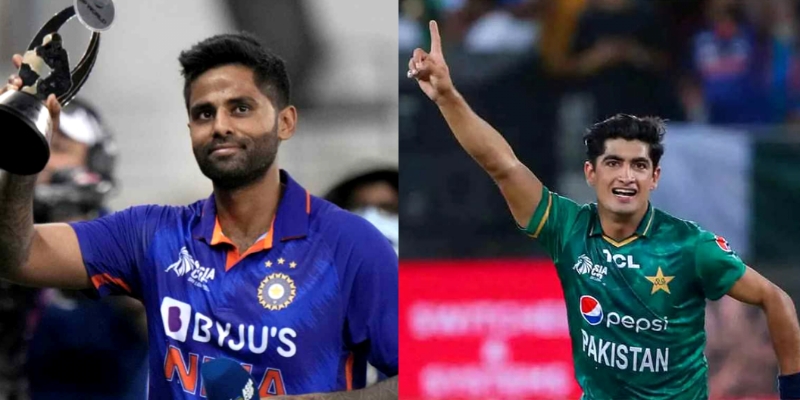 The first round of the Asia Cup 2022 is all but done. The Asia Cup 2022 officially began on the 27th of August with Sri Lanka taking on Afghanistan in the opening match of the competition. Meanwhile, India and Pakistan squared off against each other in the first match of Group A, which also consists of Hong Kong with Bangladesh being the 3rd team in Group B.

The first round a total of 6 being divided in 2 groups with each teams playing a total of 2 matches. Team India topped Group A with win over Pakistan and Hong Kong while Pakistan finished 2nd and Hong Kong been knocked-out.

As for Group B, it is Afghanistan who have topped the Group B ahead of Sri Lanka and Bangladesh winning both their matches. Bangladesh have been knocked-out after Sri Lanka beat them to progress to the next round.

With that, there were some star players for all the teams who proved quite important in their team’s victory. So today, as the Super Four round begins, we take a look at best Playing XI from the Asia Cup 2022 Group Stages. Note that players have been picked on the basis of their group stage performance and not reputation.

For the opening slot, the big name openers who are playing in the competition have all failed to delivered. For Pakistan, Mohammad Rizwan has been good while opening with his fellow partner Babar Azam struggling to score runs. As of writing this, Rizwan is currently the highest run scorer in the competition with 121 runs. He scored 78 runs vs Hong Kong.

While Rizwan’s strike rate has not been good, Sri Lanka’s Kusal Mendis brings that fire-power upfront. While he failed to score runs in the first match just like other Sri Lankan players, he played a crucial role in helping his team to victory over Bangladesh by playing an innings of 60 runs with a strike rate of 162.16.

The middle-order in our line-up consists of Indian duo Virat Kohli and Suryakumar Yadav in at number 3 and 4 while Bangladesh’s batter Mosaddek Hossain is at number 5. Kohli, who has been out of form lately, has looked good both matches and scored 35 and 59 runs.

Suryakumar Yadav meanwhile played an instrumental knock in the win against Hong Kong. While he scored 18 runs in the first match, he the smashed a brilliant 68 against Hong Kong in just 26 balls.

Mosaddek Hossain has been a bright spot in what was a terrible campaign for the Bangladesh side. In the first match, while other Bangladesh batters struggled, Mosaddek 48 runs and then added further 24 from 9 balls in the next match.

Not a lot of all-rounders got a chance to showcase their ability in the tournament, other than Hardik Pandya and Chamika Karunaratne. While Hardik Pandya was the star for India with 3 wickets and 33 runs, he was rested for the Hong Kong match. As for Chamika, he scored 31 runs to rescue Sri Lanka from a disaster in the first match, while he scored 16 runs in the next match and took 2 wickets in total.

As for the bowlers, the four bowlers we have picked is Pakistan’s Mohammad Nawaz, Afghanistan’s Mujeeb ur Rahman, India’s Bhuvneshwar Kumar and Pakistan’s Naseem Shah.