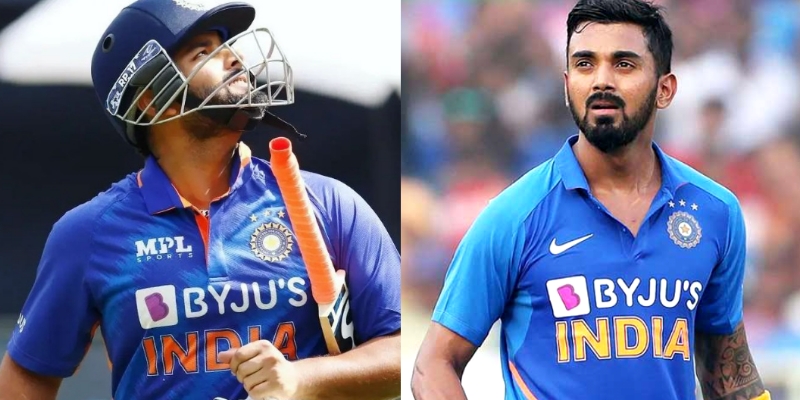 Indian cricket team’s opening batsman KL Rahul has been a reason for a massive debate on social media after the batter failed to play an agressive inning against Hong Kong and scored just 36 runs from 39 balls in the Asia Cup 2022. The fans are eagerly following the Cricket Live Score of Asia Cup 2022.

Indian cricket team has gone through a massive rebuilding phase over the last couple of months after India’s exit from the Group Stages of the T20 World Cup 2022. The team under the leadership of Rahul Dravid and Rohit Sharma has adopted an agressive playing approach and plays agressive brand of cricket in T20Is.

Rahul though has not been a major part of the rebuilding as he has missed several of games due to injury. And now that he is back, he was seen struggling to adapt to the style. And after his performance against Hong Kong, there is thinking among the fans that KL Rahul now be dropped from the T20I setup, however admitted that he is well suited for ODIs and Test cricket.

In that case, today in this article, we mention 4 players who are capable of stepping in for as replacement for KL Rahul in the Indian T20I setup.

Prolific Jharkhand opening batter Ishan Kishan is currently the Indian cricket team’s backup opening batsman who played the majority of T20I cricket in 2022 for Team India. But with Rahul now back in the team, he has been dropped from the team and has not been picked in the Asia Cup 2022 squad.

While Rishabh Pant is mainly a middle-order batsman for the Indian team, he is also capable of playing as the opening batter. Just like Ishan, he also brings the right and left combination at the top for the team which has been quite effective for Team India in the past.

Another major point behind our statement is how he was dropped for the big match against Pakistan in the Asia Cup 2022 for Dinesh Karthik, whom team India thinks is the ideal finisher. In that, Rishabh can open and Karthik can continue playing his role.

It might seem insane to think about putting in Deepak Hooda as the opener. Hooda, who is mainly a middle-order batsman for the Indian team and his IPL franchise, does bring that fire-power upfront and he is equally good against both pace and spin bowling and could be really effective in the powerplay with his hitting, just like what Sunil Narine does for the Kolkata Knight Riders (KKR) sometimes in the IPL.

While many may say IPL and International cricket is different, but we have seen Deepak Hooda bat in at number 3 in the early overs of the powerplay and has done well. He did not feature in the first 2 matches of the Asia Cup 2022 though.

The Indian batter is in absolutely the best form of his life and has made a huge gain the ICC Ranking ever since making his debut just in 2021. He is currently the 3rd ranked batter in the T20I rankings. Suryakumar is nicknamed as India’s Mr.360 for his shotmaking all-around the ground.