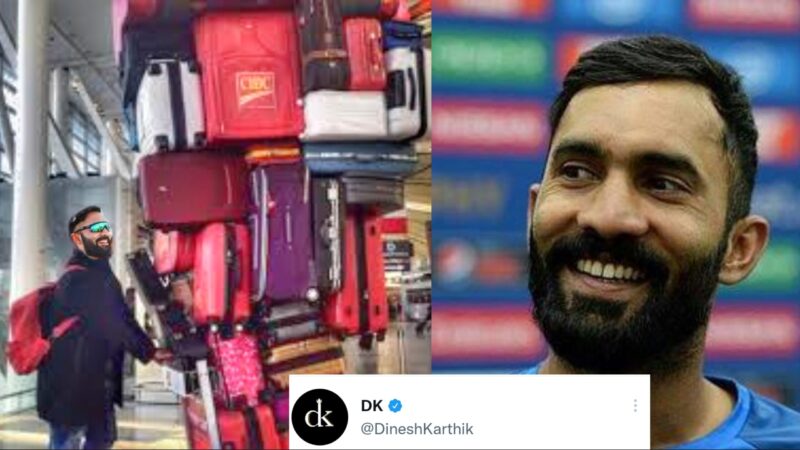 A big fan just got the most significant moment of her life as a meme on her Twitter account went viral and was noticed by Kolkata Knight Riders‘ wicketkeeper-batsman Dinesh Karthik.

As you all should know by now, Dinesh Karthik was in England to cover the England and India Test series and the recently concluded World Test Championship final between India and New Zealand as a commentator and analyst for Sky Sports Cricket.

A fan shared a meme post of Dinesh Karthik on her Twitter account in which it is clearly seen that Dinesh Karthik is carrying a piece of huge luggage on his return from England.

The former India international wicketkeeper-batsman noticed it and retweeted it, saying, “This got me,” with a laughing emoji at the end.

Talking about Dinesh Karthik, the wicketkeeper-batsman from Tamil Nadu is from the same generation in which Mahendra Singh Dhoni (MS Dhoni) dominated the wicketkeeper position for a decade thus limited Karthik’s chances of playing for India.

Fan asks Neesham to block the ones who troll him; the Kiwi all-rounder responds
Hafeez reacts after DJ Bravo does not mankad him in CPL match
To Top