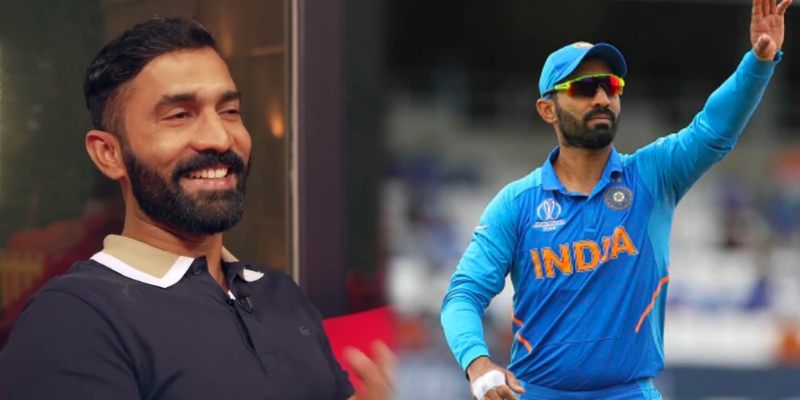 Dinesh Karthik has credited the Royal Challengers Bangalore (RCB) team for his amazing return to the Indian team after a great showing in the ongoing Indian Premier League (IPL) 2022.

Dinesh Karthik said that the Bangalore franchise always had faith in him and in many ways he is indebted to the team. Dinesh Karthik was playing for the Kolkata Knight Riders (KKR) till last year, where he had responsibility of leading the Purple and Gold brigade. However, he was released before the 2022 auction and after that he was bought by the RCB franchise.

RCB’s Director of Cricket Operations Mike Hesson and batting coach Sanjay Bangar gave Karthik the role of a finisher in which he proved to be very successful. He played many brilliant innings match-by-match as a finisher and won couple of matches with his batting throughout the league stage.

He scored 287 runs in 14 matches in the league stage at an average of 57.40 and a blazing strike rate of 191.33. During this, he also remained unbeaten 9 times. This is the reason why he has been selected in the Indian team for the South Africa T20 International series.

During a conversation in RCB Bold Diaries, Dinesh Karthik thanked his IPL team. He said that a lot of credit must go to Mike Hesson and Sanjay Bangar for giving him the role of a finisher and for that he said that he owes them in many ways.

“I think the clarity that they gave me for me to execute the role that I wanted to do, I am in many ways indebted to RCB for picking me and giving me that role and believing in me,” said the RCB batter.

Let us tell you that Dinesh Karthik last played for India in the 2019 and after that he has now returned to the Indian team. But, what is more interesting about it is that, Karthik had taken up the role as a commentator and analyst for English broadcast channel and people had almost ruled him out.