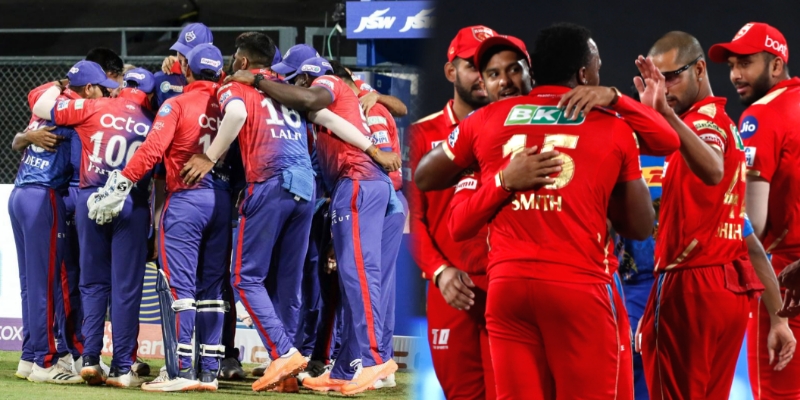 The 32nd match of the Indian Premier League (IPL) 2022, to be played between Punjab Kings and Delhi Capitals on April 20, has been shifted from MCA Stadium in Pune to Brabourne Stadium in Mumbai. Some support staff including Delhi Capitals all-rounder Mitchell Marsh, physio Patrick Farhart were recently found positive to COVID-19 virus.

For this reason, the Delhi team had to cancel their trip to Pune for the next match against Punjab Kings as the entire squad was put under quarantine for the regular COVID-19 test. The BCCI also does not want the players to travel to Pune so that the bio-bubble does on gets breached. On the other hand, all the members of the Delhi Capitals team have had a fresh COVID-19 test on Tuesday (April 19) morning, the results of which are yet to come.

Delhi physio Patrick Farhart was the first member to be infected with the corona virus, his COVID test came positive on the 15th of April. Only a day later, massage therapist Chetan Kumar tested positive, following which Mitchell Marsh, team doctor Abhijit Salvi and a few more members of the franchise tested positive for the virus.

Recently, Delhi Capitals issued an official statement saying, “Delhi Capitals all-rounder Mitchell Marsh has tested positive for COVID-19, after which he has been admitted to the hospital. The Delhi Capitals medical team is closely monitoring the situation.”

IPL 2021 was greatly affected due to the Corona epidemic, then on 4 May 2021, the IPL had to be postponed midway. The announcement was made after Sunrisers Hyderabad (SRH) wicket-keeper batsman Wriddhiman Saha and Delhi Capitals spinner Amit Mishra tested positive for COVID-19. During that time, a total of 29 league matches were held till the time the league was postponed. And this year also a total of 30 matches have been played so far.

But the Board of Control for Cricket in India (BCCI) remains focused to holding the entire competition in India itself and on schedule as well.