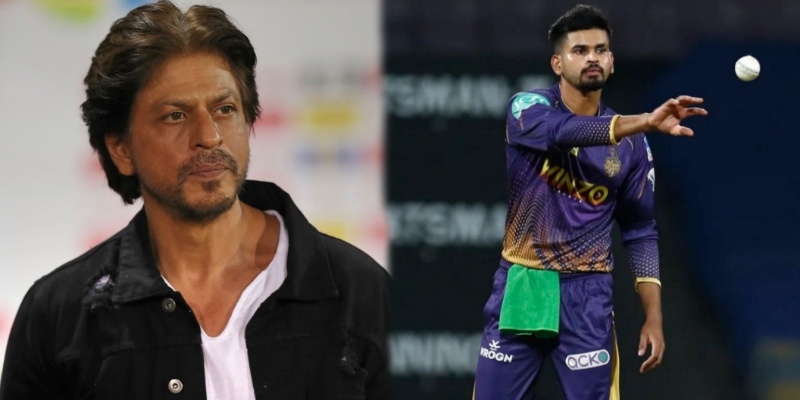 Kolkata Knight Riders co-owner and Bollywood star Shah Rukh Khan lauded the fight put up by his team in the run chase against Rajasthan Royals in the Indian Premier League (IPL) 2022 on April 18.

In this match, Jos Buttler continued his impressive performance with the bat and scored his second century of the season. At the same time, Sanju Samson (38) and Shimron Hetmyer (26*) also played well, while Sunil Narine and Shivam Mavi bowled well for for the Kolkata Knight Riders (KKR).

Chasing the target, Kolkata had a poor start, with Narine being run out for zero without playing any ball. Aaron Finch and Shreyas Iyer then scored runs at a fast pace and kept Kolkata Knight Riders in the game.

However, once Aaron Finch got out, it became difficult for Kolkata to score runs to win the match. Shreyas fought hard, but, at the end, had to bow down, with all hopes gone. But Umesh Yadav reignited some hope to the fans of City of Joy by scoring 21 runs in nine balls, but in the end, Rajasthan Royals won the match by seven runs.

This was the third successive defeat for Kolkata Knight Riders after a good start in their IPL 2022 campaign. Meanwhile, after the close defeat against Rajasthan Royals, Shah Rukh Khan, the team’s co-owner and Bollywood star, encouraged the players through a post on his social media.

Taking to Twitter, Shah Rukh Khan praised the efforts of Shreyas Iyer, Aaron Finch and Umesh Yadav. He also congraluted team’s legend Sunil Narine for completing his 150 matches in the competition. He also mentioned that Brendon McCullum inning from the IPL 2008 on the IPL’s 15th anniversary.

Well played boys. Stupendous effort by @ShreyasIyer15 @AaronFinch5 @y_umesh congrats to #SunilNarine for the 150th match & @Bazmccullum for that innings 15 yrs ago. I know we lost but if we have to go down this is the only way to do it! Keep ur chins up….

Kolkata Knight Riders are currently sixth on the points table with three wins from seven matches and they will need to regain momentum soon as the tournament is slowly getting tougher and all teams are now looking to make it to the playoffs.