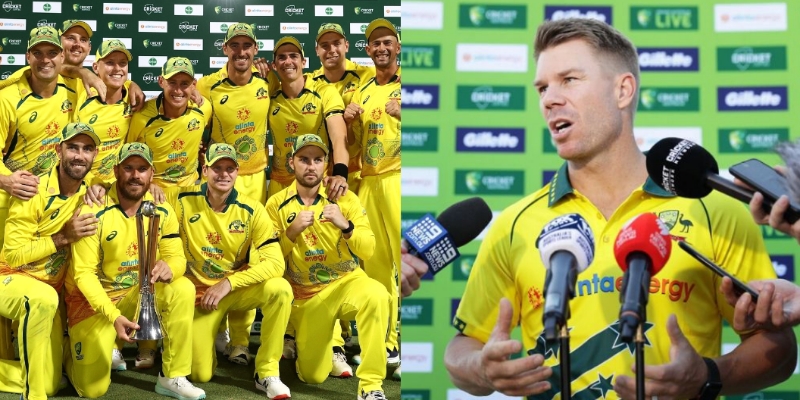 With Australia’s preparation in full swing to host and also defend the T20 World Cup, former Aussie skipper and opening batsman David Warner has praised his fellow teammate and has termed him as Godsend ahead of the T20 World Cup 2022.

Australia is one of the most dominant team in the history of the game having won the 50 overs World Cup alone a record 5 times, which no team as of date has managed to equal that record.

The Kangaroos were desperately missing the T20 World Cup from glorious cabinet, but they finally filled that slot too with the T20 World Cup Trophy when they won the competition last time in the United Arab Emirates (UAE) beating New Zealand in the final.

Now, the Aussies will have to defend the Trophy on their home soil as the T20 World Cup 2022 is to be played in Australia from the 16th of October. But before, Australian team getting themselves ready for the title defence. Australia most recently played Team India in a 3 match T20I series which they lost.

However, there were still some huge development from the team as they found a great hard-hitting batsman in the middle-order in the form of Tim David. They also played West Indies in a 2 match T20I series and once David displayed his brilliant power-hitting.

Meanwhile, David Warner has come out to publicly praise the all-rounder. David Warner was quoted by cricket.com.au as saying that Tim David is a Godsend just ahead of the T20 World Cup 2022.

“Now he’s in our team and our set-up, it’s a godsend” – Warner stated. “He’s an incredible player and he’s got some serious power. It boosts our middle order. With his height as well, and strength, it suits us that’s for sure,” he further added.

Talking of Tim David, for those of you who are unaware of it, David was born in Singapore to a Australian origin father and former Singapore cricketer Rod David. Tim also followed the footsteps of his father and played for Singapore in his early phase of his career and made a name for himself.

Tim played for Singapore from 2019 till 2020 but then decide to play for Australia and made his debut in the recently bygone series against India. David has made a name for himself playing in leagues all around the world.