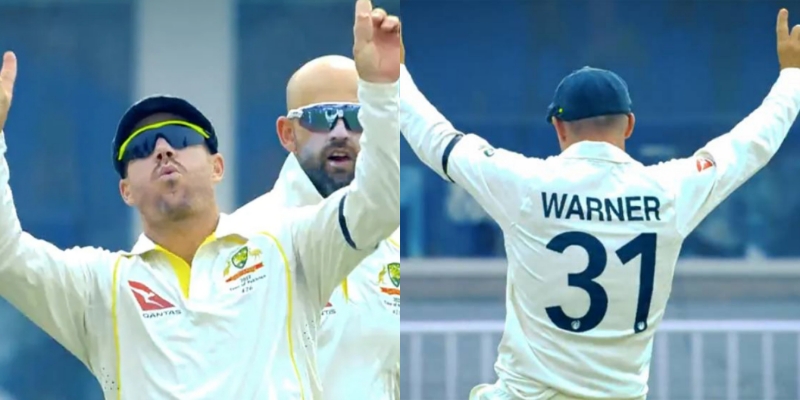 After a gap 24 years, the Australian team went to Pakistan for a historic tour. While fans were all eagerly waiting for the series, they were disappointed as a flat pitch for the ensured that all the fans were deleted from the match and it was all just about batsmen in Rawalpindi. Going into the 5th day of the match, both teams could only complete their first-innings only, and it at the end, ended in a draw.

While the batsmen were enjoying playing on the pitch, it was nightmare for the bowlers and even fans, who didn’t witnessed any kind of battle. In such a situation, Australia’s opening batsman David Warner took all the responsibilities to his hand to entertain the present fans at the stadium. The Australian batsman won the hearts of the fans by performing Bhangra dance during the match.

How tedious and boring the pitch of this match must have been for the bowlers, it can be gauged from the fact that more than 300 overs were spent in completing the first innings of both the teams. The pitch in Rawalpindi remained flat even on the 5th day of the match and looked very comfortable for batting.

In their home conditions, Pakistan’s opening batsmen Imam-ul-Haq and Abdullah Shafiq have both got centuries in the second innings, as both remained not out in front of a deadly bowling attack of Australia.

Meanwhile, towards the end of the match, when the tune of Punjabi music was being played in the stadium to entertain the limited number of spectators on the field, Warner also started tickling the fans by doing Bhangra on that tune. This video of David Warner doing Bhangra has been released by the Pakistan Cricket Board (PCB) on its official Twitter handle. Warner is seen trembling in it like a seasoned Punjabi dancer. More than lakhs of people have seen this video in a short span of time after the video was released.

It must be noted that David Warner is well versed and understands the musics in several Indian languages ​​apart from Hindi. He has been ever present in the India Premier T20 competition, the Indian Premier League (IPL) for a very long time and due to playing in IPL, he also has many close Indian friends with whom he has mingled a lot. In such a situation, be it Punjabi Bhangra or famous dialogues of South Indian films, Warner seems to be doing a lot of mimicry on social media.