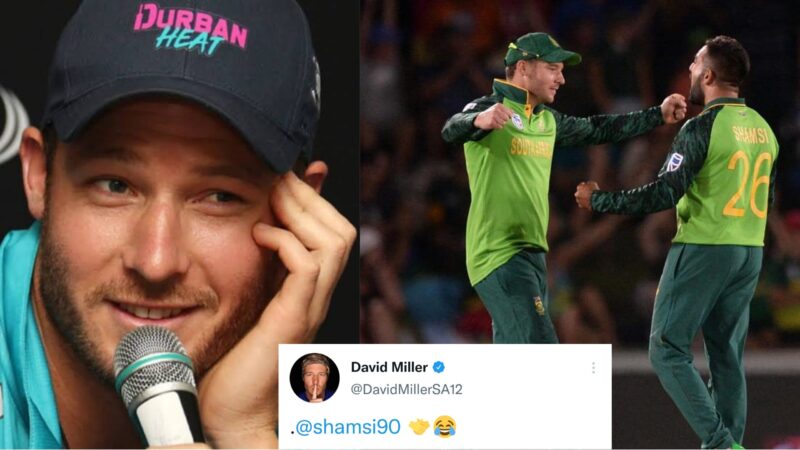 Now, to add more Protea Fire to their team, the Rajasthan Royals have signed the world number one T20I bowler Tabraiz Shamsi. Many fans were upset when Shamsi remained unsold at IPL Auction 2021. He had previously been a part of the Royal Challengers Bangalore squad in the Indian Premier League. Now, Shamsi has joined the Rajasthan Royals as a replacement for Andrew Tye.

Can David Miller and Tabraiz Shamsi take the Rajasthan Royals to the IPL 2021 Playoffs?

Sanju Samson captained the Rajasthan Royals this year, and the team performed decently, although they lost some of their key players. In the second phase of IPL 2021, the Royals will be missing the services of their English trio – Ben Stokes, Jofra Archer and Jos Buttler. The Royals have signed Glen Phillips as a replacement for Buttler.

Soon, the fans learned that Andrew Tye will be unavailable for the Rajasthan Royals as well. In his absence, Tabraiz Shamsi has joined the squad. Shamsi and Miller are two T20 specialists. They can turn the game in a matter of a few deliveries. It will be exciting to see how the South African duo performs for the Rajasthan Royals.

R Ashwin hilariously reacts to Jarvo invading pitch in IND v ENG Test
Fan asks Neesham to block the ones who troll him; the Kiwi all-rounder responds
To Top