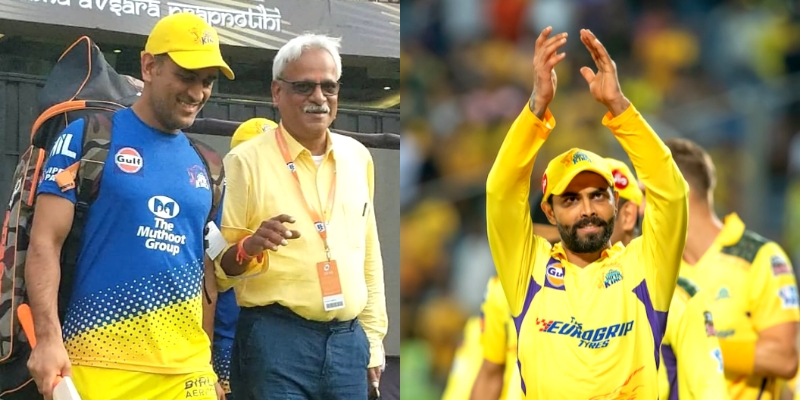 For some time now it was being discussed that the Indian cricket team’s one of the best all-rounder Ravindra Jadeja would leave the Chennai Super Kings (CSK) franchise and move to some other franchise, but now the CSK management itself has called all these rumors wrong.

According to some reports, the Chennai Super Kings (CSK) management has refused to trade or release the all-rounder on their behalf. Let us tell you, all these rumors started when Ravindra Jadeja unfollowed CSK on social media and the confusion among fans increased after Mahendra Singh Dhoni’s captaincy was confirmed for IPL 2023.

Not only Jadeja but Indian opener Shubman Gill is also in a talk of the town now for the last few days. It all started when IPL 2022 winning franchise Gujarat Titans (GT) had tweeted that, “It’s been a journey to remember. We wish you all the best for your next endeavour, @ShubmanGill!”. After this tweet, many fans connected for both the rumours for IPL 2023 that the two franchises will trade the two players among themselves.

But a report by Cricbuzz states that, ‘In recent reports, it was being said that there could be trade deal between CSK and Gujarat Titans for Ravindra Jadeja and Shubman Gill, but both the franchises categorically has denied this.”

A source further said to Cricbuzz that some other teams have been looking to include Jadeja in their team, one of which is Delhi Capitals (DC), but the Chennai Super Kings management has told Cricbuzz that they will not trade the all-rounder with any player, and called him arguably one of the best players in the world.

While the Gujarat franchise has so far ruled out any player trade-off, other IPL franchises are looking to induct Rahul Tewatia and Sai Kishore. The report also said that Delhi Capitals had a discussion for Jadeja as well.

With IPL Auction now likely to take place in December 2022, teams are very much all the possible options strengthen the team before the Auction.

IPL 2023 Player Auction to be held in December; Budget increase likely on the card: Report

IPL 2023 Player Auction to be held in December; Budget increase likely on the card: Report
To Top