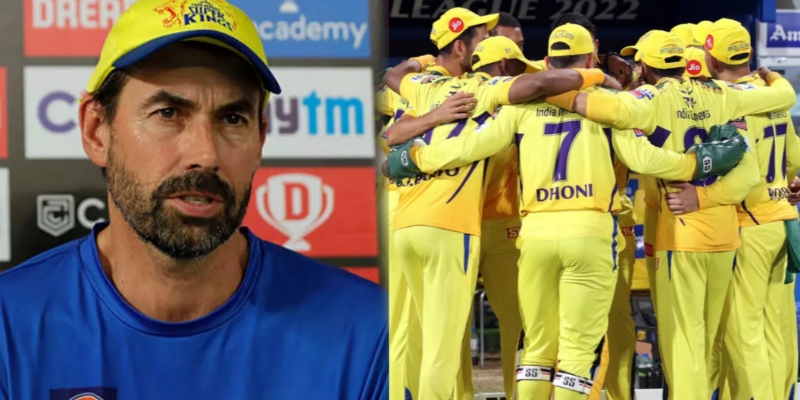 The Indian Premier League (IPL) 2022 edition for the four-time IPL winners Chennai Super Kings (CSK) ended with a defeat. Let us tell you that, in this season, CSK played 14 matches, out of which they have won only 4. The team’s last league match of the season was against Rajasthan Royals (RR) on 20 May, which ended in a 5 wickets loss.

Batting first, Chennai scored 150 runs in 20 overs. For the yellow army, Moeen Ali played an excellent innings of 93 runs from 57 balls. Barring him, no other batsman could stand in front of Rajasthan’s bowling attack.

In reply, Rajasthan Royals chased down the target of 151 runs with 2 balls to spare. For Rajasthan, opener Yashasvi Jaiswal scored 59 runs for 44 balls, while Ravichandran Ashwin scored 40 runs not out from 23 balls, taking his team over the line.

After CSK’s disappointing season, the team’s head coach Stephen Fleming spoke about some of the positives the team has received from this season. According to him, the team’s pace bowling duo of Mukesh Choudhary and Simarjeet Singh has a bright future with the team.

In a press conference after the Rajasthan vs Chennai match, Stephen Fleming said about the performance of Mukesh Chowdhary and Simarjeet Singh that, Mukesh Choudhary’s performance in this edition has been very good and was very restless in the beginning, but still did not give up and by the end of the season he showcased his ability infront of all of us.

He added about Simarjeet Singh that he did get many chances but his performance was commendable in all the opportunities he got.