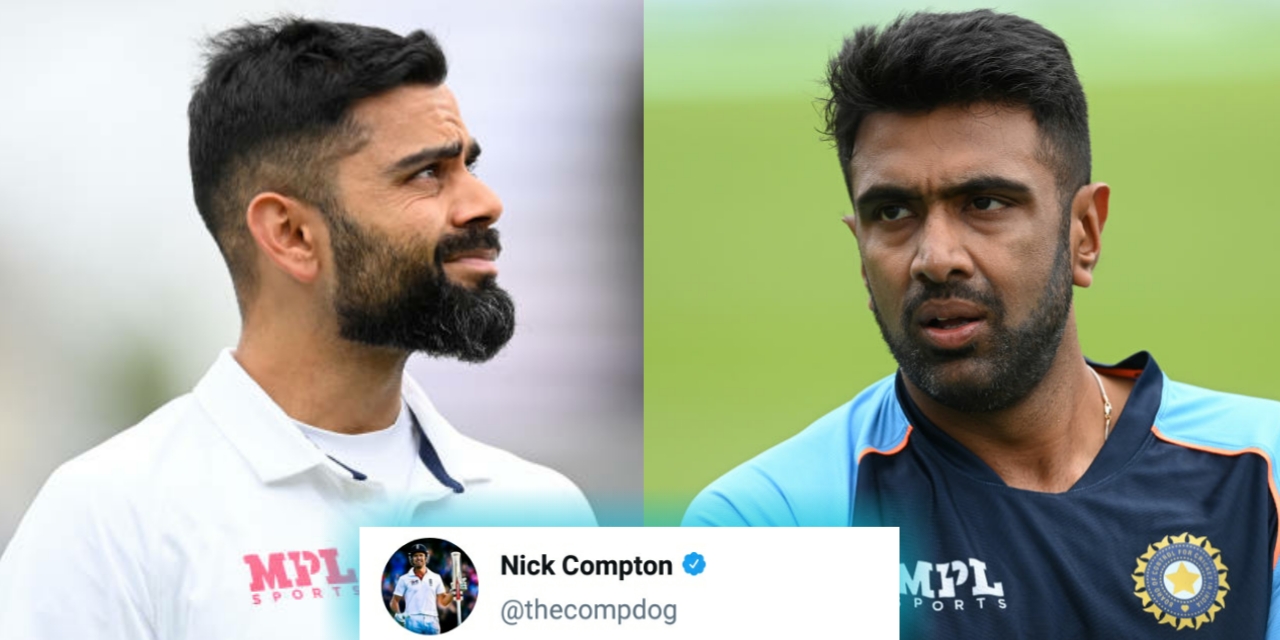 Indian cricket team’s experienced fast bowlers Mohammad Shami and Ishant Sharma had a niggle. As a result, the team management decided to bring in the duo of Umesh Yadav and Shardul Thakur. Many fans opined that R Ashwin could have been picked because he is a top-class all-rounder. But Kohli and co. continued to use their template of four quicks and one spin bowler.

“Please can someone explain how Kohli obvious personal issues with Ashwin are allowed to cloud an obvious selection issue?”

Please can someone explain how Kohli obvious personal issues with Ashwin are allowed to cloud an obvious selection issue? #india

It is a little tough to understand what Compton wanted to say, but it seems like he opined that Kohli has some personal issues with R Ashwin. Hence, the Indian skipper did not pick him in the team, as per Nick.

Who is Nick Compton?

Nick Compton is a South Africa-born cricketer. He played cricket for England. The right-handed batsman received a place in the English squad for the first time in 2012. He played a total of 16 Test matches. In those games, Nick scored 775 runs, including two fifties and two hundreds.