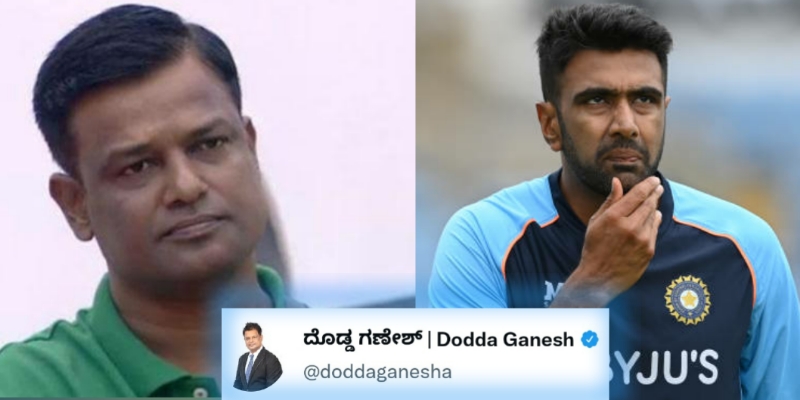 R Ashwin’s non-selection has become one of the biggest debates in Indian cricketing circles. Many fans thought that the team management would include Ashwin in the playing XI for the Kennington Oval Test match against the England cricket team. However, Virat Kohli did not alter his template of four fast bowlers and one spin bowler in the fourth Test match against the England cricket team as well.

At the toss, the Indian cricket team captain Virat Kohli told in his brief interview that they have made two changes to their playing XI for the Test match at Kennington Oval. He mentioned that two of the fast bowlers that played in the previous Test match, namely Mohammad Shami and Ishant Sharma had picked up niggles. As a result, the duo of Shardul Thakur and Umesh Yadav replaced them in the playing XI.

When asked about the inclusion of R Ashwin in the playing XI, Virat replied that the conditions would suit a player like Ravindra Jadeja much better. Before the Test match’s toss in London, former Indian cricketer Dodda Ganesh had made a bold tweet on his official Twitter handle yesterday. Ganesh said that he would stop tweeting about cricket if Ashwin does not get selected at Kennington Oval.

Dodda Ganesh has deleted the tweet about R Ashwin now

R Ashwin did not receive a place in the Indian playing XI for the fourth Test match against England at Kennington Oval. After seeing this, quite a few fans checked the account of Ganesh only to find that the tweet he made yesterday was not there. Ganesh has deleted the tweet now.

Meanwhile, India have lost two wickets for 28 runs in their first innings. England have bowled well in the match so far.