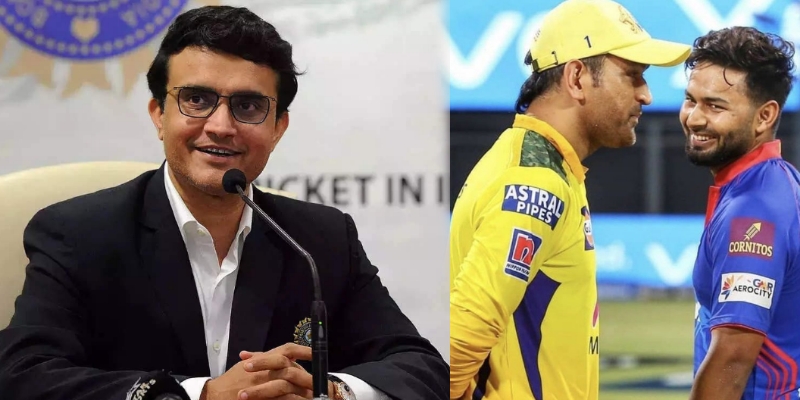 Board of Control for Cricket in India (BCCI) President Sourav Ganguly said in a statement that it would be quite unfair to compare the current Team India wicket-keeper batsman Rishabh Pant with former Indian team captain Mahendra Singh Dhoni. In fact, during the 69th match of the Indian Premier League, Rishabh Pant made a mistake in not taking a DRS, after which he got a lot of criticism.

Because in this match against Mumbai Indians, Delhi Capitals needed to register a win to reach the playoffs, but they could not succeed in doing so and the team’s journey ended only after league matches. Since then, a lot of questions have been raised about Pant’s captaincy and he has received a lot of criticism on social media.

At the same time, BCCI President Sourav Ganguly said in his statement published in India Today regarding this that Pant should not be compared with Dhoni, because Dhoni has a lot of experience in this matter as he has captained in more than 500 matches, including IPL, Test and ODI matches.

“Don’t compare Pant with MS Dhoni. Dhoni has so much experience, has captained in 500-plus games in IPL, Tests and ODIs. So it’s not fair for Rishabh to be compared with Dhoni,” said the BCCI President.

Apart from this, former Indian team captain Sourav Ganguly said about Mumbai Indians’ poor performance in this season’s IPL that there is no need to worry too much about Rohit Sharma’s form and leadership.

In which Ganguly said that everyone’s human being and mistakes can happen from everyone. He added that Rohit’s record as captain is very good having won 5 IPL titles and numerous success in the International stage as well.

He continued that both Rohit and Virat are very good players and he is sure that both of them will get a lot of runs with the bat.