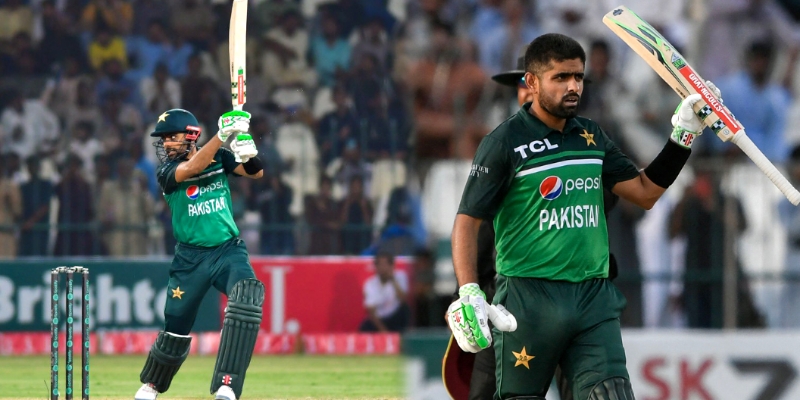 Pakistan cricket team’s all format captain Babar Azam is at the form of his life, scoring dozens of runs in almost every matches now and breaking a record after record has become a normal for the right-hand batsman.

The Pakistan cricket team is currently facing off the West Indies cricket team in the 2nd One Day International (ODI) of the 3 match series, being played in Multan Cricket Stadium in Multan.

Babar Azam is rightfully making sure that he is the rightful owner of the top spot in the ICC Rankings in both the ODI and T20Is. Babar’s career has been a great one so far and has been competing with the likes of the best of the generation, such as Virat Kohli, Kane Williamson, Joe Root or Steve Smith.

Talking about the match, Imam-ul-Haq and Babar’s fifty and some cameos towards the end of the inning helped Pakistan post a total of 275 runs on the board. Now they need to defend the target to register the series to their name with 1 more match still to be played.

Pakistan won the first match of the series earlier on June the 8th, in which, Babar Azam scored a century, adding 103 runs in that match.

Ravi Shastri thinks not time yet to select Umran Malik into India squad for T20 World Cup 2022, here’s why
“You bluff yourself that you are not tired” – Ricky Ponting opens up on Virat Kohli’s poor run of form
To Top