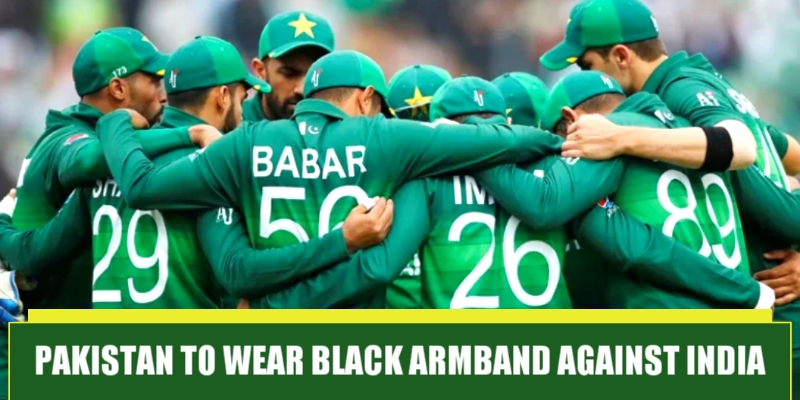 Today i.e. on August 28, the second match of Asia Cup 2022 will be played between India and Pakistan at the Dubai International Stadium. For a long time, all the fans were eagerly waiting for this match. With this, in this match, all the players of Pakistan team will show solidarity and support for the flood victims across Pakistan by tying a black band around their arm for the match.

According to the data released by Pakistan’s National Disaster Management Authority (PNDMA) on Sunday (August 28), monsoon floods have wreaked havoc across the country and 119 people have died in the last 24 hours. With this, it has also been learned that on August 27, 4 people from Balochistan, 6 from Gilgit Baltistan, 31 from Khyber Pakhtunkhwa and 76 from Sindh have died.

Talking about the match, Pakistan is ready to play its first match of the Asia Cup 2022 tournament against arch-rival India today. The last match between these two teams was played at the very same ground in the T20 World Cup 2021, in which Pakistan won by 10 wickets.

Talking about the records, Pakistan has won the Asia Cup twice so far, while India has won this the most, 7 times. Star pace bowlers of both the teams are not playing in the tournament as Pakistan’s Shaheen Afridi and India’s Jasprit Bumrah have both been ruled out of the tournament due to injury.

Both the teams will be looking to get off to a good start in the tournament and will be eager for the win. Rohit Sharma will captain the Indian team while Babar Azam will as usual be Pakistan’s captain.

Shane Watson predicts the winner of India vs Pakistan match in Asia Cup 2022
Shubman Gill in a relationship with Sara Ali Khan? Both were spotted in a dinner date in Dubai, video goes viral
To Top