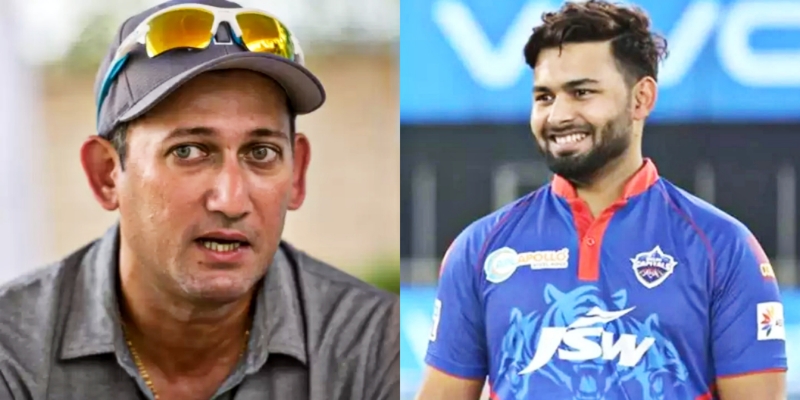 Delhi Capitals assistant coach Ajit Agarkar has reacted heavily to star wicket-keeper batsman and team’s captain Rishabh Pant. He believes that Pant is getting ready as the future captain of Team India. He has also described Pant as a player with a calm nature. Rishabh is currently leading the Delhi Capitals team in the IPL 2022.

Rishabh Pant is a star in the making for Team India, and has already garnered a huge fan base. He has also represented the country in all the formats of the game. Along with his wicketkeeping skills, his agressive batting is what makes him a great entertainer to watch.

And, former Indian pacer, now Delhi Capitals’ Assistant Coach, Ajit Agarkar was full of praise for the Capitals captain on the DC Show before their match against Lucknow Super Giants.

Speaking on the show, Agarkar stated that, Pant reads the game very well, which can be seen from the way he has developed his game and the progress that he has made as a youngster. He also added that the progress he has made in a short span of time as a young player makes him a good leader.

It must be noted that Rishabh Pant was made the captain of Delhi Capitals in the last year’s IPL edition, after regular captain Shreyas Iyer was ruled out due to injury.

Under his leadership, Delhi also went on to play in the final that year. However, they were not able to win the title. Pant is also leading the franchise in this year’s Indian Premier League (IPL). Fans have a high hopes from him.