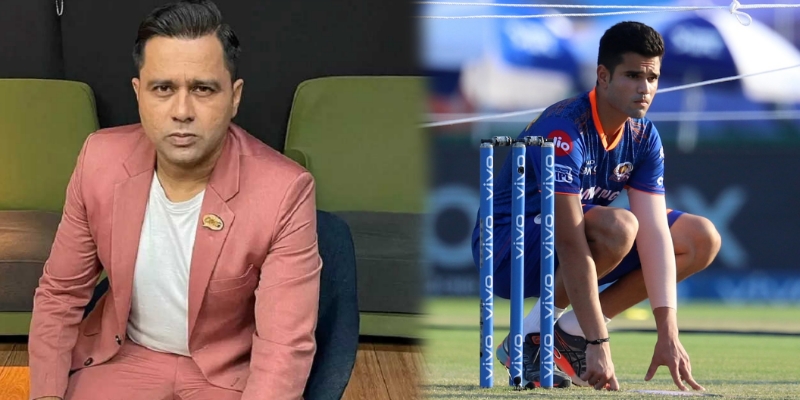 There are many players in the Indian Premier League (IPL) 2022 season, who have not yet got a chance to play a single match for their respective franchises. One of these players is Sachin Tendulkar’s son Arjun Tendulkar.

Arjun has not been given a chance by the Mumbai Indians (MI) in a single match so far and for this reason former India opener Aakash Chopra has urged the franchise to give him a chance in the last league match against Delhi Capitals.

Arjun’s debut is being expected for a long time but he hasn’t got that chance yet. Mumbai Indians, who performed poorly this season, have made a lot of changes to give opportunities to many youngsters but Tendulkar is still looking for opportunities.

The five-time IPL winning team now has only one league match left and Aakash Chopra feels the young all-rounder deserves a chance. He tweeted and wrote,
Arjun should play the last game of the season as Mumbai has given opportunities to almost everyone in the team, this is the time that Mumbai may also wanna try Arjun too.

Arjun must play the last game of the season. Mumbai has given opportunities to almost everyone in the squad…about time you try him out too.

Arjun Tendulkar has been with Mumbai Indians for the last two seasons. He was bought for Rs 20 lakh in the auction held before IPL 2021.

Whereas in this year’s mega auction, Mumbai Indians included him with the team once again for Rs 30 lakh. Arjun has made his T20 debut for his home team Mumbai in domestic cricket and has also played two matches in which he has taken three wickets.

Apart from this, he was also selected in the Ranji Trophy squad. It has to be seen whether captain Rohit Sharma will show faith in the youngster or not.