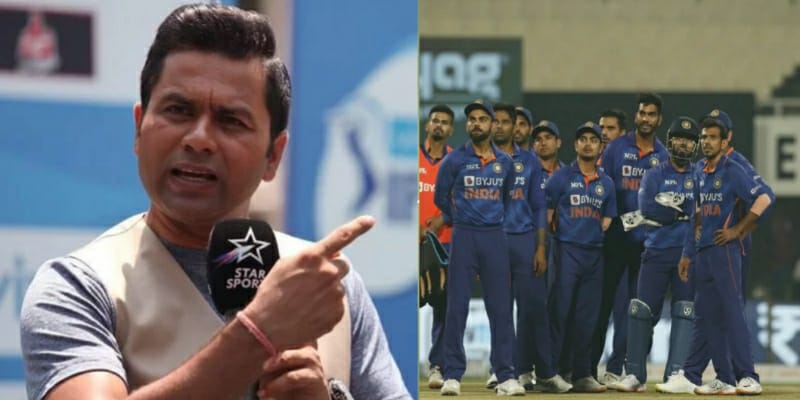 Team India’s likely playing lineup for the forthcoming T20I series against South Africa has been selected by Aakash Chopra. In his playing XI, Dinesh Karthik and Kuldeep Yadav are noticeable exclusions.

On Sunday, May 22, the Board of Control for Cricket in India (BCCI) released the India squad for the forthcoming five-match T20I series against South Africa, which begins on June 9. Umran Malik and Arshdeep Singh, two young pacers, have been recognised for their continuous efforts in the present IPL 2022. Hardik Pandya, the star all-rounder, also returns to international cricket after the ICC T20 World Cup 2021 in November.

More importantly, everyone has been impressed by Dinesh Karthik’s choice. For the first time since the 2019 World Cup, the veteran wicketkeeper-batter will don the India jersey. Former India Test opener Aakash Chopra has left Karthik out of his starting XI against the South Africans. Kuldeep Yadhav who performed well for the Delhi Capitals in IPL 2022 also did not get a spot in his side.

Aakash Chopra said, “I feel Shreyas Iyer and Deepak Hooda should definitely get a place in the XI. After that, Rishabh Pant and Hardik Pandya. That makes your middle order ready. Your batting becomes formidable there.” He also said that Ruturaj Gaikwad should be given an opportunity ahead of Ishan Kishan since there are many wicket keepers in the side. Axar Patel and Yuzi Chahal are his two spinners in the side.

Returning to Dinesh Karthik’s IPL 2022 dream run, he has been RCB’s saviour in the middle order, scoring 287 runs at a strike rate of 191.33 in 14 matches, including a half-century. In nine of those instances, the experienced cricketer has gone undefeated.

Both Indian star batsman and bowler Virat Kohli and Jasprit Bumrah have been given a rest due to workload Management. Dashing opening Batsman KL Rahul will lead the Indian Team in the absence of Rohit Sharma, who is also rested.

“If Dinesh Karthik gets a chance, why not him” – Suresh Raina questions selectors for not including Shikhar Dhawan into the squad for SA T20I
“Washington Sundar will be one of India’s premier all-formats all-rounder” – Ravi Shastri backs Sundar to be Ravindra Jadeja’s successor
To Top