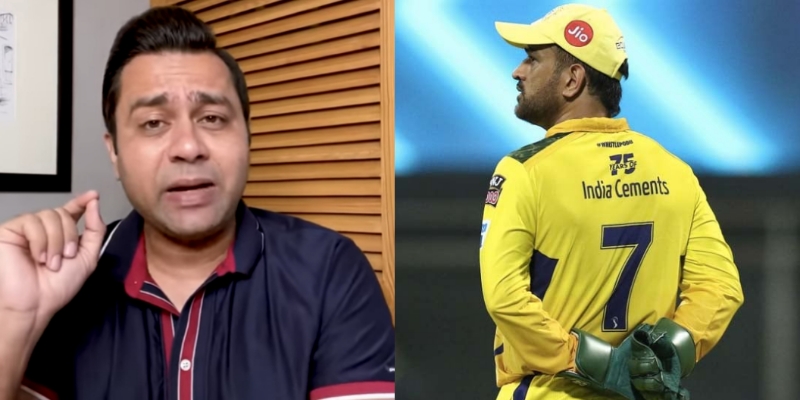 There are oy few days left for start of the Indian Premier League (IPL) 2022 from the 26th March. There is a lot of enthusiasm in the hearts of the fans about the biggest league of cricket. Former Team India player and current commentator Aakash Chopra, while speaking on his YouTube channel some time ago, selected his favorite all-time Best IPL Playing XI.

In selected Playing XI, Aakash Chopra has kept CSK legend and former India captain MS Dhoni as the captain of his All-time best Playing XI. After Rohit Sharma, MS Dhoni has won the IPL most number of the times in the history of the competition. Under the captaincy of Dhoni, Chennai Super Kings has won the IPL title 4 times.

Aakash Chopra has selected Australian opening batsman and IPL’s one of the most run scorer David Warner and Mumbai Indians captain Rohit Sharma as the opening pair of his team. At number 3, Aakash Chopra has chosen former RCB captain Virat Kohli.

Suresh Raina, known as Mr. IPL for his tremendous performance in the IPL, has been selected at number 4 by the former Indian cricketer, while MS Dhoni is the wicketkeeper in his team, batting at number 6. It must be noted that Suresh Raina has not been bought by any IPL franchises for IPL 2022. AB de Villiers has been selected in between both of them to bat at number 5.

At the same time, Chopra surprised everyone in his team by including Harbhajan Singh at number 7. Harbhajan’s bowling is superb but relying so much on him as a batsman can be a shocking decision, believes his viewers. Aakash Chopra has included 3 fast bowlers and 2 spinners in his team.

Other than Harbhajan Singh, Sunil Narine, the Kolkata Knight Riders (KKR) legend has been included as the other spin bowler. Jasprit, Bhuvneshwar Kumar and Lasith Malinga are the fast bowling trio in Aakash’s team