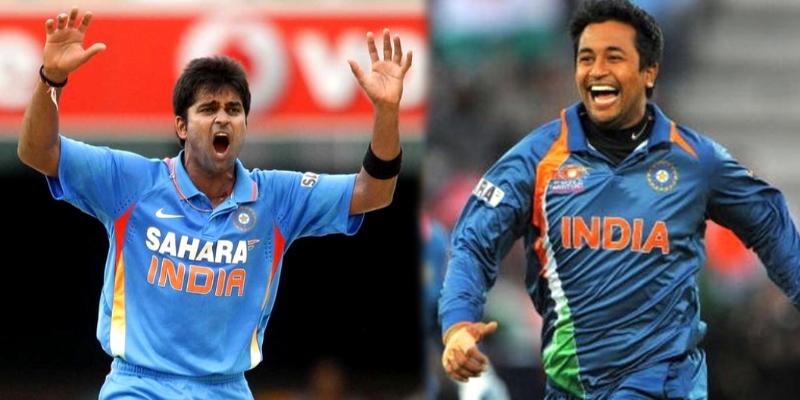 Rohit Sharma, who has achieved success as an opener for India with his batting in all three formats, is today counted among the world’s greatest players. Behind the popularity of the batter, he has tremendous record in format of the game.

Rohit Sharma made his debut for India first time in the ODI format. Rohit played the first match of his ODI career against Ireland on 23 June 2007. However, he did not get a chance to bat in that match.

The India captain is the only batsman to score three double centuries in ODIs. At the same time, the record for the highest individual score in ODIs is also recorded to his name. Rohit has so far played 230 ODIs in his career and has 9283 runs to his name at an average of 48.60.

After Rohit Sharma, many Indian players made ODI debut for Team India, but they failed to make an impact as Rohit. Some of them have even retired. In this article, we are going to mention five such players, who made their ODI debut after Rohit Sharma but have now retired.

Domestic cricket’s star batsman Subramaniam Badrinath made his ODI debut for the Indian team on 20 August 2008 against Sri Lanka in Dambulla. Badrinath did not get many chances in the ODI format and played his last ODI against West Indies in 2011. Badrinath scored 79 runs in 7 ODIs in his career and he also scored 63 runs from 2 Test matches, and in August 2018, he put an end to his international career.

Pragyan Ojha played his first ODI match against Bangladesh in Asia Cup 2008. The left-arm bowler did not get a chance to play in many ODIs and played only 18 matches and took 21 wickets during his career. Ojha, who played alongside Rohit Sharma for Mumbai Indians, never found a place in the Indian ODI squad after the 2012 Sri Lankan tour. He retired from all forms of cricket in February 2020.

Praveen Kumar started his international career with the ODI format. Praveen played his first match against Pakistan on 18 November 2007. The bowler had the ability to swing the ball both ways and was seen doing well for India for some time but later, his career did not last long due to frequent injuries. Praveen took 77 wickets in 68 ODIs. He retired in October 2018, putting an end to his career.

Vinay Kumar made his ODI debut in May 2010 against Zimbabwe. He played 31 ODIs till November 2013 but was dropped after figures of 102 runs from 9 overs in one ODI match against Australia. In the very same match, Rohit scored his first double century. Vinay could not make a comeback after that and retired in February 2021.

Yusuf Pathan made his ODI debut on 10th June 2008 in Dhaka. Pathan was famous for his big hitting and he also won matches for India on many occasions but his career was not very successful due to his failure to do consistently well. Although Pathan did play a few matches during the 2011 World Cup and became a part of the Indian team that won the World Cup. Pathan scored 819 runs and 33 wickets in 57 ODIs and announced his retirement last year.