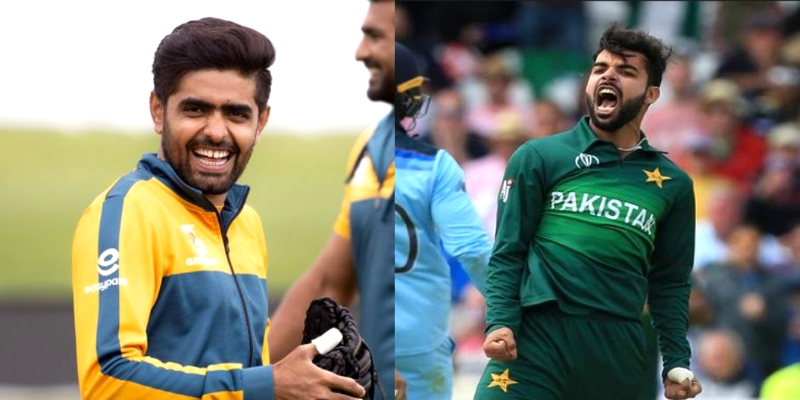 After a gap of 4 years, the Asian cricket’s biggest cricket festival is back as the Asia Cup 2022 is set to kick-off from today onwards, i.e. on the 27th of August with hosts Sri Lanka taking on the Afghanistan cricket team in Dubai in the opening match.

Pakistan cricket team registered a massive victory against the Indian team in the T20 World Cup last year, winning the match by 10 wickets. They would like to carry on that note and win their 3rd Asia Cup title.

But, today in this article, we take a look at Pakistan’s 5 key players to watch out for in the Asia Cup 2022.

Pakistan cricket team’s star batter and captain Babar Azam has been in sensational form and is a really important member of the Pakistan team. He has led Pakistan really well in his stint so far and would like to maintain their performance against India from the last year’s World Cup. Azam is currently the world’s best T20 batter according to ICC Ranking. He has so far played 74 T20I matches and has scored 2686 runs, averaging well over 40.

While Babar Azam has been a great addition to Pakistan cricket team’s batting, his partnership with wicketkeeper batsman Mohammad Rizwan has further strengthen the team. Just like Babar, Rizwan has also enjoyed a great stint with the Pakistan team so far, averaging 50 after 50 T20I matches and has scored 1662 runs. He will be Pakistan’s key to handle the lower middle-order.

In absence of their star pace bowler Shaheen Afridi, Pakistan cricket team will be very much reliant on their most experienced pace bowler in the tournament, Hasan Ali. Hasan Ali was originally not included in the squad but has been included as a replacement for injured Mohammad Wasim. Hasan will use his all the experience to guide Pakistan bowling line-up. He has so far played 49 T20I matches and has taken 60 wickets.

Another pace bowler in this Pakistan team’s bowling line-up to watch out for is the debutant Naseem Shah. The young 19-years-old Shah has been brilliant in all the appearances for the Pakistan team in Tests and ODIs. He is yet to make his debut and Asia Cup seems to be the platform where he will make his debut. He has so far played 13 Test and 3 ODIs and has taken 33 and 10 wickets respectively.

Pakistan team’s all-rounder and leg-spin bowler Shadab Khan will have a lot of responsibility in the tournament. Shadab has mainly been not able to contribute that very big for Pakistan but Asia Cup 2022 could prove to be a great platform for the 23-years-old. He has so far played 64 T20I matches and has scored 275 runs and has taken 73 wickets.