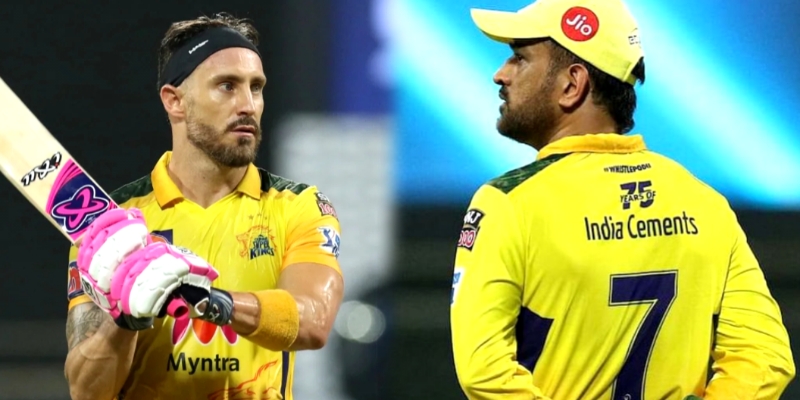 Cricket is the 2nd most popular sport in world after football and it has grown a great amount over the years. While it was a 60 overs competition at first, they brought in white ball and coloured jersey and later T20 cricket was also introduced.

The popularity of the T20 cricket has grown exponentially and is considered one of the best format to watch on which doesn’t consume more than just about 3 hours.

Another big reason behind T20 cricket’s growth in popularity could be down to the IPL. The Indian Premier League (IPL) is the greatest T20 league in the world and generates good income.

And that also includes Chennai Super Kings owner N Srinivasan, who is said to have chosen Johannesburg as the base. So today in this article, we take a look at 5 CSK players who may play for the Johannesburg franchise.

Faf du Plessis is one of the greatest South African player to have represented the Chennai Super Kings (CSK) in the IPL. He was one of the main reason behind the team’s success in IPL 2021 where he finished as the 2nd highest run scorer of the tournament. However, he was snapped-up by the Royal Challengers Bangalore (RCB) in IPL Auction this year. However, don’t be surprised if he ends up at Johannesburg.

Dwayne Bravo is a kind of a veteran and a legend of the Chennai Super Kings franchise. He’s been playing for the franchise in the Indian league ever since joining them in 2010 after playing a couple of seasons with Mumbai Indians. He has a total of 183 wickets to his name from a total of 161 IPL matches. However, reports say that due to clash with the UAE League schedule, majority of the West Indies players will play in the UAE based International League T20 (ILT20). Now it is to be seen where Bravo will play.

South African veteran and legendary leg-spin bowler Imran Tahir is another players CSK owned Johannesburg might target. Tahir was a CSK player from the year 2018 till last year, i.e. 2021. He has experience of playing in various T20 leagues around the world. You shouldn’t be surprised if he ends up at Johannesburg.

With the clash of fixture with the UAE League, it is being said that all the English white-ball International players will play in the South African league, which is a great news for CSK and probable base Johannesburg as that will allow the franchise to pick-up English all-rounder Moeen Ali, who played such a crucial role for them in the IPL 2021 and even 2022.

While it may seem out of the box and very unlikely to happen, CSK’s brand ambassador MS Dhoni could another major signing by the franchise if Dhoni decides to participate in the competition to prepare for the upcoming IPL. A BCCI rule doesn’t allow any Indian players to play in any T20 league until they retire from Indian cricket. While MS Dhoni is still playing in the IPL, he has retired from all forms of cricket for India, thus, if he wants, he can now easily participate in the South African league. However, it’s very unlikely though.