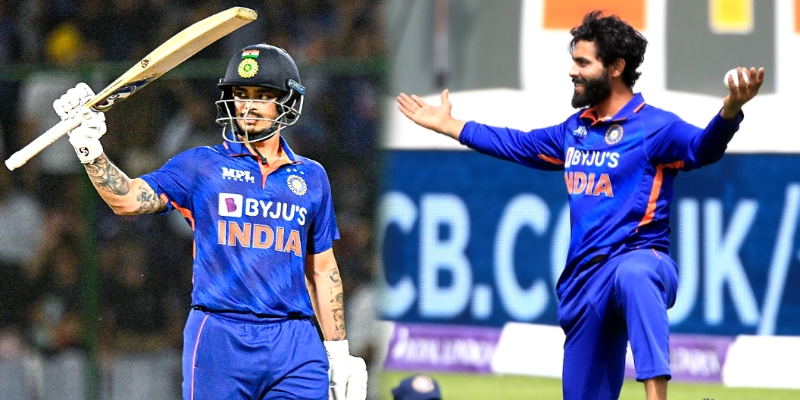 Team India’s hectic schedule continues as the Men in Blue will soon take a field against West Indies, only a couple of days after wrapping up the tour of England on the 17th of July with the ODI series win over the hosts.

The Men in Blue will now take the field against West Indies in a 8 match limited overs series, that is 3 ODIs and 5 T20I, 2 of which is to be played in America in Florida.

The Indian team have named a little different squad than usual as some senior players have been rested due to the schedule. However, this series, especially the ODIs, gives opportunity to some of the players to play well and may even book their slot into the Indian squad for the T20 World Cup 2022 later this year.

Today in this article, we talk about 5 players who will be looking to utilise the ODI series opportunity to the fullest and may even confirm their place in the World Cup squad.

This West Indies series could prove to be crucial one for Shreyas Iyer, especially the ODI as he is very much likely to play at number 3 or 4 in the Playing XI. There has been much talk of Shreyas getting dropped from the team after he has recently exposed to have a weakness against bouncer balls. He struggled throughout the England series against bouncer deliveries. His performance in this series could very much decide his future.

Pace bowler Avesh Khan will also have some great opportunity to display his work to the Indian selectors in the ODI series. While he is a regular with the T20I team in this year, he is yet to confirm his slot though. With Bumrah and Bhuvneshwar Kumar likely to lead Indian bowling attack in the World Cup, Avesh Khan might wanna perform well here and give them a tough competition.

While the left-hand explosive batsman Ishan Kishan a regular member of the Indian T20I side, but he is not a guaranteed starter with KL Rahul set to return back to the team after injury. While Ishan’s been included in the T20I squad for India, but it is the ODI series where he is likely to get more opportunity than the T20I matches since Rohit Sharma and KL Rahul are expected to open in the T20Is, while none of them are there in the ODI squad.

While Ravindra Jadeja is Team India best all format all-rounder, but his struggles and injuries in the last couple of months and Hardik Pandya’s return back to the team means Jadeja’s chances of making it to the T20 World Cup is very dim. With Jadeja set to be India’s first choice all-rounder for the ODI series against West Indies, he really needs to prove that he is still in the run for a slot in the World Cup squad. He needs to give a good performance not only with the ball, but also with the bat.

Deepak Hooda has become a instant hit by making his international debut in both limited overs team this year itself. His strong performance in the Ireland series and the only T20I match against England has earned him high praise and is suddenly in talks of a spot in the T20 World Cup. While Hooda is there in the T20I series vs West Indies, but he is likely to get more chances to show his talent in the ODI series where he is likely to bat at number 5.