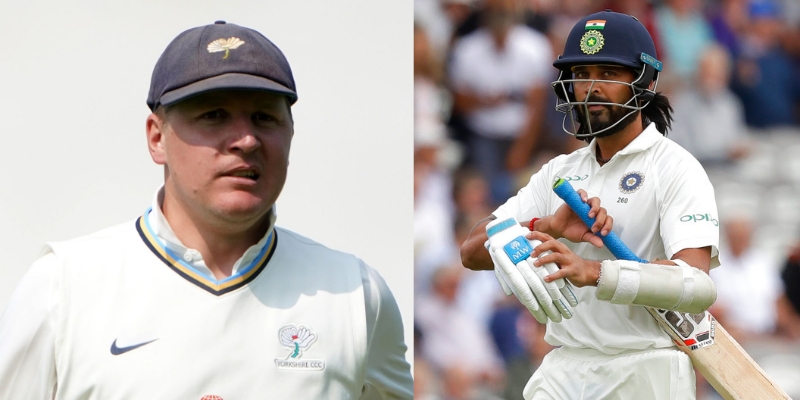 While there has been talks of Test cricket not being at its best now, we take you back to the classic Test series between Team India and the England team in 2014, played in England itself.

The Indian cricket team toured England for a 5-match Test series against the England team. It was a competitive series throughout which eventually England won by 3-1 margin. However, that 1 win for Team India came at the iconic Lord’s cricket ground.

It was a master-class bowling performance from veteran Ishant Sharma who took 7 wickets in the 2nd inning as India won the match. However, there were some more players who did well in that match and the series.

Today, in this article, we take a look back at 4 players from that Lord’s Test match who have now faded away.

Murali Vijay’s contribution at that time as Team India’s opener was immense. He was the regular opening partner of Shikhar Dhawan at that time around. Vijay was in great form throughout the series as he scored 402 runs from the 5 matches in the series. He was close a century in the Lord’s Test before he was dismissed for 95 runs. Today, he is no more a member of the Indian team for a long time now. He last played Test cricket for India in 2018.

While it was a historic win for the Indian team in the Lord’s Test match, it was the last Test match of his career for Liam Plunkett. The England pacer was a handy bowler for the England team. He took a total of 4 wickets in that match against India, but unfortunately for him, that was the last time he played a Test match for England.

A very few people may know about Sam Robson. The Australia born England batsman didn’t had a long Test career and only represented country in red ball cricket only. However, Robson did had a great series against India though, scoring 165 runs. Robson made his debut against Sri Lanka in June 2014 and played his last Test match in August 2014 against India itself.

Gary Ballance was no doubt was one of the stunning performer of the series throughout. Ballance was touted to be a big thing for the England team. He had a really great series against India, finishing as the 2nd highest run scorer behind his teammate Joe Root as he scored 503 runs throughout the series. In the Lord’s Test also he scored a century in the first inning. However, the player just saw a massive downfall in his career and now in 2022, Ballance has not played Test cricket for England for the last 6 years.