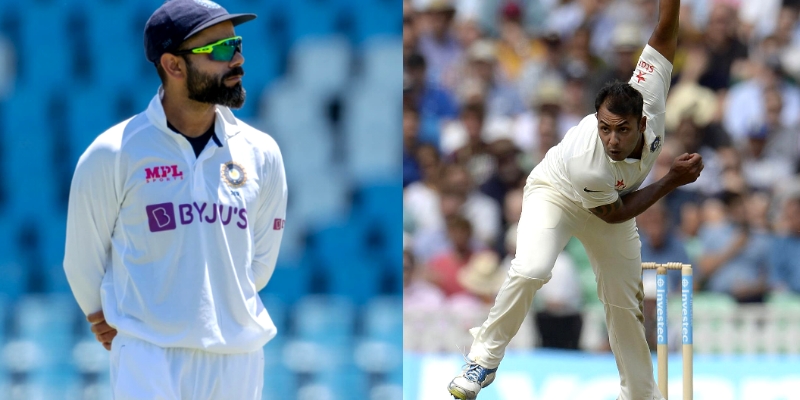 Ignoring his current form, Virat Kohli is one of the greatest cricketer ever to play the game of bat and ball. He has been absolutely phenomenal ever since making debut way back. He also led the Indian team for a long time in all three formats of the game.

Kohli was considered to be in the same level as the likes of Sachin Tendulkar and Ricky Ponting and other top players. As of writing this article, Kohli has played 102 Test matches and has scored 8074 runs. The runs tally could have been even better had he not been going through this bad run of phase.

But, after making his debut in June 2011, Kohli has today played Test cricket for India for more than 11 years. There has been players who have failed to prolonge their career like Kohli.

Today in this article, we take a look at 3 Indian players who made their debut after Virat Kohli but has retired by 2022.

Former Indian cricketer Roger Binny’s son Stuart Binny is the first name in our list to have his Test debut after Virat Kohli made his debut but has retired. Binny made his Test debut in July 2014 against England. He last played a Test match for India on 2015 only. He officially announced his decision to retire from all forms of the game in 2021.

Former Karnataka pace bowler Vinay Kumar is another to player who has retired but made his Test debut only after Virat Kohli. Vinay Kumar is a hugely popular name in domestic cricket while playing for Karnataka and Puducherry. He has over 500 wickets in first-class cricket, but his International career was not so successful. He made his Test debut in 2012 against Australia, and that turned out to be his last appearance in whites as well. He also announced his retirement from all forms of the game in 2021.

Young wicketkeeper batter Naman Ojha was tried out as the backup wicketkeeper to MS Dhoni, but his career didn’t go the right path. Ojha who played for Madhya Pradesh in domestic cricket, made his Test debut for India in 2015 and just like Vinay Kumar, that turned out his last appearance too. However, Naman’s record in domestic cricket is really good. He announced his decision to retire from all forms of cricket in 2021.