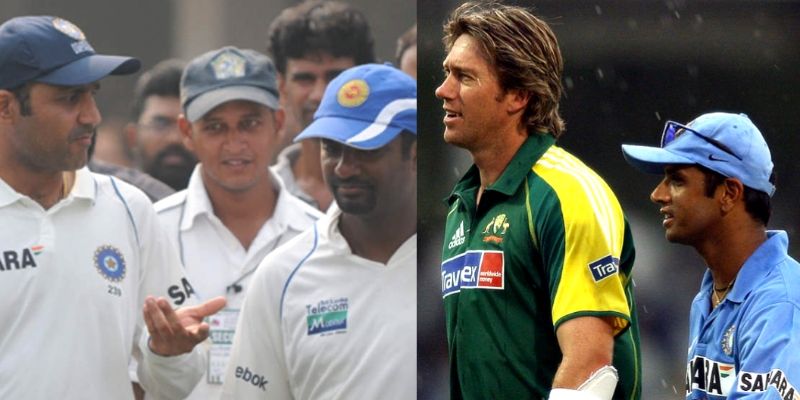 All great batsmen have had at least one bowler in their careers who has troubled them the most and created doubts in their minds. While for some batsmen he was a great fast bowler, for some he was a great spinner. There are also some cases of batsmen struggling against medium pace bowlers.

However, some batsmen are hesitant to tell about the bowlers who made them uncomfortable while batting. While many batsmen have openly discussed this and acknowledged the ability of the bowlers.

Today in this article, we will talk about 4 exciting player battles involving Indian batsman.

It is difficult to describe the contribution that former Indian batsman VVS Laxman has to Indian cricket with his brilliant batting. He was known all over the world for his artistic batting. He played many brilliant innings during his career but his inning of 281 runs against Australia was the best inning of his career. During the 134 Test matches of his career, Laxman scored 8781 runs at an average of 46, which also includes 17 centuries and 56 fifties.

Laxman admitted during an interview that ‘Swing of Sultan’ Wasim Akram was the toughest bowler in his career. Although he did not face Akram for most of his career, he admitted that Wasim Akram was the most dangerous bowler and that it was very difficult to bat against him when he was in his rhythm. VVS Laxman and Wasim Akram came face to face in only 3 test matches and Wasim got Laxman’s wicket 3 times.

The wall of the Indian team Rahul Dravid described Glenn McGrath as the toughest fast bowler. He said that whether McGrath is bowling at the start or in the last over, his aggression always remains intact.

Rahul Dravid, with unmatched defensive technique, named Sri Lankan bowler Muttiah Muralitharan as the toughest spin bowler he has faced though, but McGrath vs Rahul Dravid will always be a classic. McGrath has dismissed Dravid 5 times in his career.

It is almost unbelievable to believe that there was a bowler who dominated Sehwag. After retiring from his international career, Sehwag admitted that if there was any bowler in world cricket he was afraid to face, it was Sri Lanka legend Muttiah Muralitharan. And he is right about that too.

The batsman who had beaten all the top bowlers was not at all comfortable batting against the Sri Lankan spinner. Statistically speaking, Murali has dismissed Viru thrice in just 9 Test matches but, the problem that Sehwag had to read his bowling, it is no doubt was a great battle.

Indian team captain Virat Kohli is a batsman of a different level. He has faced many legendary bowlers during his career so far. The whole cricket world praises his batting. He has scored runs at an amazing average against every opposition team. If Kohli, who has proved his mettle in the whole world, is afraid of any bowler, this thing does not seem to be meaningful. But Virat Kohli himself has admitted that, he looks somewhat uncomfortable in front of a bowler.

Kohli admitted that he is uncomfortable facing former Pakistan cricket team’s pacer Mohammad Amir. And no doubt, Amir was one of the top pace bowler in the world during his days.