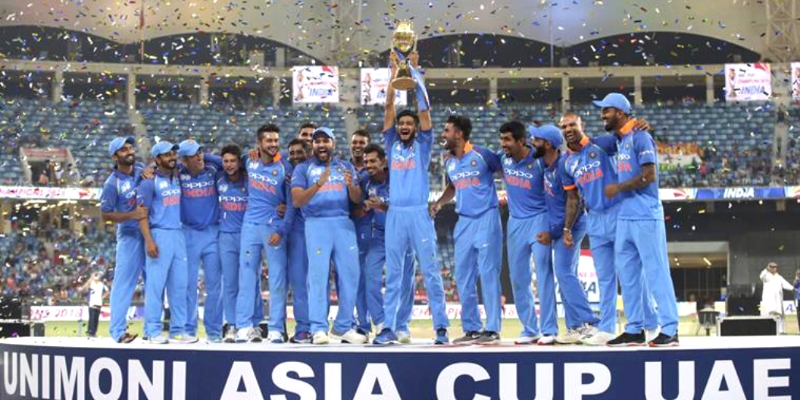 Asia Cup 2022 will start in UAE from 27th August and the final match of this tournament will be played on 11th September. Let us tell you that the 15th edition of the Asia Cup was earlier to be held in Sri Lanka, but in view of the current political and economic crisis there, it was considered appropriate to organize it in the UAE.

However, it will be hosted by the Sri Lanka Cricket Board only. The tournament that will be played in T20 format, a total of six teams will compete in the competition. Cricket fans around the world will be watching the match between India and Pakistan on August 28.

In the last Asia Cup held in 2018, the Indian team won the title under the leadership of Rohit Sharma. The Indian team has won the Asia Cup trophy a total of seven times. At the same time, Sri Lankan team is second in this list with five titles, while Pakistan has also been successful in winning the Asia Cup twice.

In this article, we will discuss about 3 reasons that show that the Asia Cup 2022 being held in the UAE is a good news for India.

Better knowledge of the condition

Playing in sub-continental conditions, the Indian team’s performance in T20 Internationals has been excellent for some time now. The 13th season of the IPL and half of the matches of the 14th season were played in the UAE itself. With the Indian team being considered a strong contender to win the Asia Cup 2022, playing in the UAE will seem like playing on home grounds to the Indian batsmen.

The fun of a cricket match is spoiled when rain interrupts a live match, while there has been many occasions when the match has to be cancelled due to rain. But during the Asia Cup 2022, there is almost no chance of a single match being cancelled due to rain as rain is unlikely in UAE.

New faces could be in action

Some young faces may get a chance to play in the Indian team for the Asia Cup 2022, which is a good thing from the Indian team’s point of view. Many young players have played in UAE during IPL 2020 and 2021. In such a situation, these players are well aware of the grounds here and are well accustomed to it and can perform at great level.