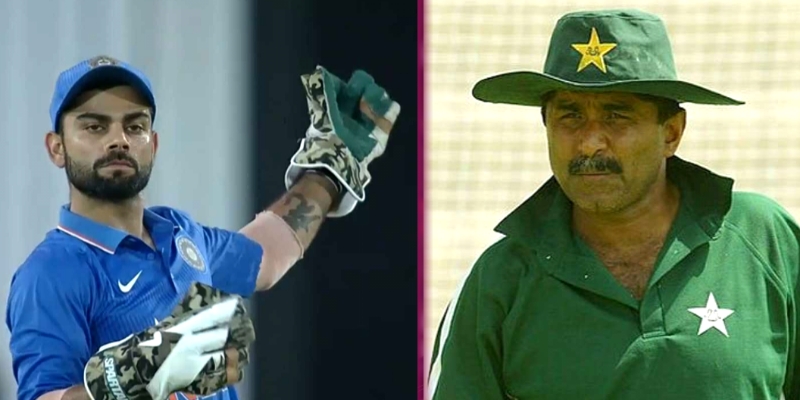 A big reason behind the growth of the game is the unpredictability of the game. Nowadays, cricket has really become a unpredictable sport. Teams like Ireland today can upset everyone and hand a defeat to founders of the England, which they have already done multiple times.

Not only the results are unpredictable, but even the players have become unpredictable. While a player may be listed as a bowler, but he can smash a Six of the last ball win his team the match, whereas, a batsman could bowl a really important over and may even break an important partnership.

Karnataka’s middle-order batsman Manish Pandey is the first name in our list. Manish has so far had a great career playing for India, or in the IPL or in the domestic circuit. He took up the wicketkeeper’s gloves during a Ranji Trophy match while playing for Karnataka. The original keeper sustained a injury and couldn’t play the match.

Well, maybe a middle-order batsman is accepted as a wicketkeeper batsman, but what about a bowler. It was during Australian legend Adam Gilchrist’s last IPL match that when he decided to bowl a over. He handed over the wicketkeeper gloves to his teammate and medium pace bowler Praveen Kumar.

Javed Miandad is a renowned batter for the Pakistan cricket team. He played for the Pakistan national team from 1975 till 1996. While he mostly known as a batsman, he has played as the wicketkeeper batsman a multiple times as well.

Indian cricket team’s run machine Virat Kohli is probably the most renowned cricketer in the world. He is currently one of the best and is considered one of the greats. While Kohli is known for his batting performance, he has also bowled a couple of overs in his career. But, most surprising is that, he even kept the wickets too. It was during a match against Bangladesh in 2015 when MS Dhoni suddenly had to go to pavilion while fielding and Virat Kohli had to take wicketkeeper’s gloves.