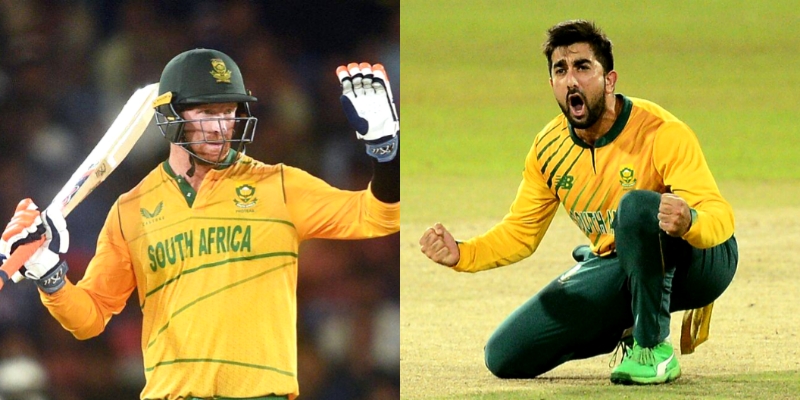 With the Reliance expanding the Mumbai Indians brand with the introduction of two new teams into their brand, the MI Emirates in the UAE T20 League known as International League T20 (ILT20) and the MI Cape Town in the SA20 League in South Africa.

With their brand expanding, the Mumbai Indians head coach Mahela Jayawardene and Zaheer Khan have both been promoted to global roles and will look after all the MI teams. As such, Mumbai Indians needed a new Head Coach and Mark Boucher became available after he decided that he will step down from the position after the T20 World Cup 2022.

Mumbai Indians capitalise on that and got him signed-up. With that in mind, today in this article, we take a look at 4 South African players who might be signed by Mumbai Indians in the upcoming IPL 2023 Player Auction.

The first South Africa player whom the Mumbai Indians could target is the opening batsman Reeza Hendricks. Hendricks is a kind of player who likes plays a balance cricket and can play aggressive or inning building inning when needed and would be a great fit alongside Rohit Sharma. Hendricks has so far played 48 T20I matches and has scored 1372 runs with a strike rate of 125.41. Hendricks is also without a IPL contract now.

South African left-arm unorthodox bowler Tabraiz Shamsi is another bowler whom the Mumbai Indians could target for IPL 2023. Shamsi is currently the 2nd best ranked player in the T20I format just behind Josh Hazlewood. Looking at the current Mumbai Indians squad, they currently lack a quality spin bowler like Shamsi and he could be very useful for the team. Shamsi previously had a stint in the IPL with the Royal Challengers Bangalore (RCB) but wasn’t so successful then but has gone on to become one of the best today.

Another South African player whom can be targetted by the Mumbai Indians is wicketkeeper batsman Heinrich Klaasen. The 31-year-old made his impact felt under Boucher’s coaching. He has so far played 36 T20I matches for South Africa and has scored 651 runs with a strike rate of 147.62. He could be a great finisher for the franchise and can work well alongside Tim David.

Middle-order batsman Rilee Rossouw had failed in his first stint in the IPL with the Royal Challengers Bangalore (RCB). But he has improved considerably under Mark Boucher’s coaching. He has most recently made his comeback to South Africa team and has so far been very important to the team. With Boucher having a good knowledge of him and knows how to use him, he could be a great addition for the Mumbai Indians in IPL 2023.