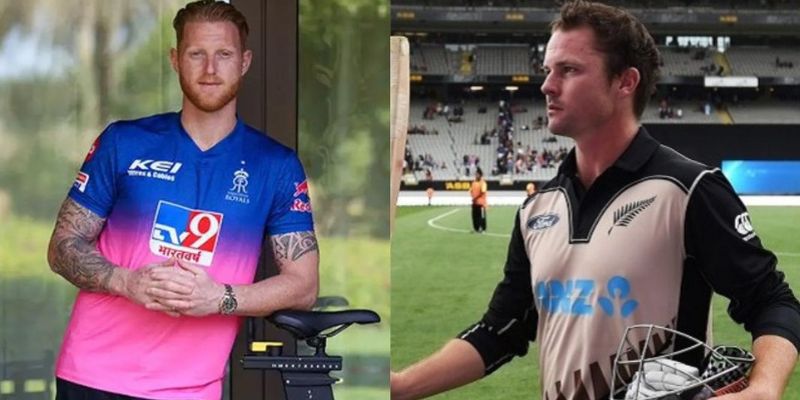 Rajasthan Royals had a terrific campaign in IPL 2022. Although they would have liked to win the trophy, it was still a good display considering the mediocre record of the franchise in recent years. That said, they would still need to make a few fixes before the next campaign. In this article, we take a look at four players Rajasthan Royals can target for IPL 2023 to fix the issue of balance in the squad.

RR struggled with their balance throughout IPL 2022. R Ashwin did make it easy for them but it was a hole in the team and the franchise must target to address it. Devdutt Padikkal is not suited to the No.4 role and the management must also do something regarding the same.

Ben Stokes is one of the players Rajasthan Royals can target for IPL 2023 to fix the issue of balance in the squad. If the English Test captain makes himself available for IPL 2023, he should be one of the main targets for RR. Stokes would solve most of the problems for the unit. While he can operate at No.3 allowing Sanju Samson and Shimron Hetmyer to take care of the death overs, Stokes would also give a valuable few overs of medium pace. Moreover, Stokes has already played for RR and he would easily fit into the culture. Hence, he will be a solid buy for the team.

If Stokes is not available, RR could target Sam Curran. Yes, it is not a like-to-like alternate target choice, but Curran would fit perfectly into the playing XI. At No.7, Curran can be used as the all-rounder although for that to happen, they will have to leave out one of Trent Boult or Obed McCoy. Nevertheless, considering Curran is a youngster and has a long way to go, RR can work towards this investment.

Colin Munro is also one of the players Rajasthan Royals can target for IPL 2023 to fix the issue of balance in the squad. The Kiwi all-rounder has been in good form of late in various domestic leagues. A genuine opener, Munro has also done well in the middle-order. The player will be an upgrade over Devdutt Padikkal for the No.4 role. Of course, they would have to drop one of their overseas pacers but they can afford to do that with the likes of Kuldeep Sen and Navdeep Saini on the bench.

It is a distant idea but Suresh Raina can work well in the combination that RR has. He can be a good choice at No.3 and will help the likes of Jos Buttler to tackle spin. On his day, with his experience, Raina cannot be taken for granted. However, RR must look to sign Raina only if he comes to the tournament with some game time in domestic cricket.

5 players KKR might target for IPL 2023
With Amazon out, here are all the contenders to compete for IPL Media Rights
To Top