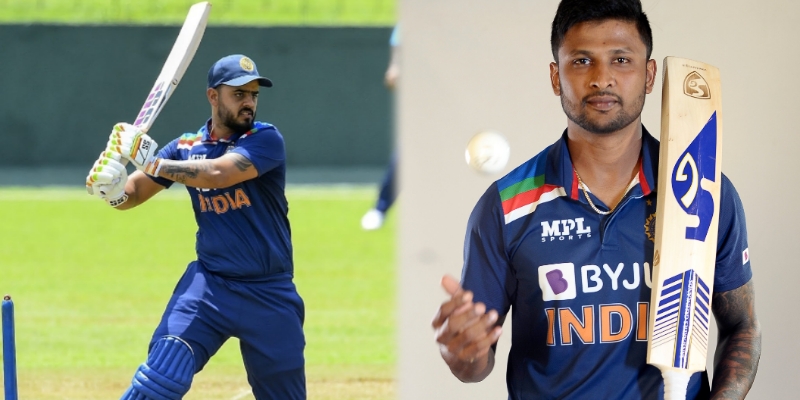 The year 2021 was an unusual year. Cricket was majorly disrupted from the year 2020 like every other sports due to the worldwide epidemic COVID-19. Cricket started to slowly get back on track in 2021. That also meant that the teams had to sort out all the fixtures that were unabled to be played in 2020.

When cricket hit back on track with the IPL for India, it was disrupted midway due to positive COVID cases. Then after that Team India went on a tour of England and the BCCI had also scheduled another series against Sri Lanka at the same time. Thus, the BCCI had to come up with a 2nd string team for the series.

Therefore, the Indian team saw some new faces in the Sri Lanka series that was led by Shikhar Dhawan. Other than that, few players made their debut as well. Today in this article, we talk about 4 players who made their India debut in 2021 but many might have forgotten.

The Delhi born left-hand middle-order batsman has been delivering solid performance over the year in the IPL while playing for the Kolkata Knight Riders (KKR) in the Indian Premier League (IPL). As a result of his consistent performance, he was picked in the squad and made his debut in the 3rd and the last match of the series against Sri Lanka.

Right-arm medium pace bowler Sandeep Warrior is another player who made his debut against Sri Lanka in that series. Warrior was picked on the basis of his performance in the domestic cricket. But the pacer didn’t impress in his debut match and did not got any wicket.

Now at Rajasthan Royals, but after a great season for the Royal Challengers Bangalore (RCB) in the previous seasons of the IPL, Devdutt Padikkal was selected for the Sri Lanka series. He use to open the inning with captain Shikhar Dhawan in the series and made decent contribution as well.

Krishnappa Gowtham was selected into the Indian team’s squad for the Sri Lanka series after an impressive outing in the IPL for the Punjab Kings. Gowtham impressed everyone with his hard-hitting batting and also delivered with the ball in the IPL. However, he played just only 1 match and took a 1 and scored 2 runs.