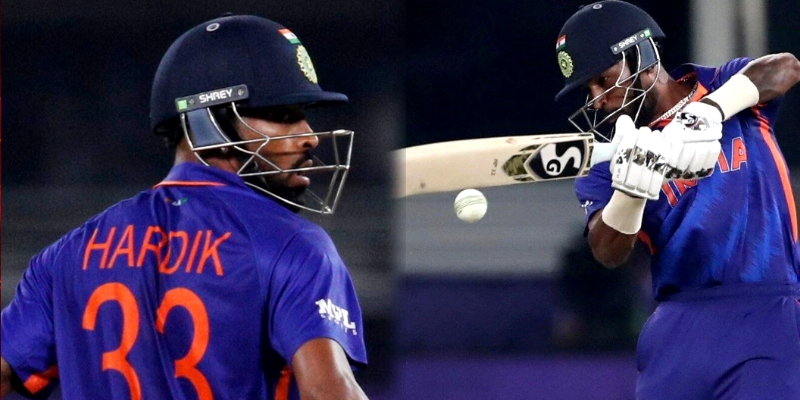 However, India made a great comeback from the third match of the tournament and won 12 consecutive matches one after the other. These include 3 bilateral T20 series apart from World Cap matches. India cleaned up New Zealand, West Indies and Sri Lanka in the T20I series and won 12 matches in a row to level Afghanistan and Romania.

Fans expected that India would win the first match in the ongoing South Africa series that would take the tally to record 13 victories, however, they had to face defeat in the opening 2 matches. However, in the third match, Indian team made a great comeback after giving a crushing defeat to the visiting team.

This T20 series with South Africa is part India’s preparation for the T20 World Cup 2022 later to be hosted by Australia. Apart from Rohit Sharma, Virat Kohli and KL Rahul, India has many such batsmen, who can play an important role in India’s victory in the T20 World Cup.

After the end of IPL 2022, Hardik Pandya has once again found himself in the Indian team. After guiding Gujarat Titans to IPL 2022, Hardik has made the long awaited return to the Indian team and is even soon set to lead the team in the upcoming T20 series against Ireland. Hardik had a really great outing in the IPL 2022, playing an important role as a leader and as a batsman.

Before IPL 2022, Hardik was mostly used as a finisher for Mumbai Indians and the Indian cricket team, but this term, Hardik promoted himself to the middle-order and was a hit. He scored 487 runs in 15 matches in IPL 2022 at a strike rate of 131.26 and an average of 44.27. The last time he played white ball cricket in Australia tour, it turned out a great series for him. In such a situation, now the fans have high hopes from Hardik in the T20 World Cup to be held in Australia.

It may have taken a little longer for Suryakumar Yadav to get hold of that Indian team jersey, but he has been phenomenal in all the matches played wearing the jersey. Suryakumar Yadav has a huge experience of playing in the IPL for Kolkata Knight Riders and Mumbai Indians, where in both team, he had a different role.

While he was a finisher for KKR, he is playing a role of a middle-order batsman for Mumbai. And being accustomed to both the role has helped him a lot as he is able to build the inning and finish it when needed. Surya had suffered injury in the IPL 2022 and thus missed out on number of matches. But in all the matches that he played, he was great, contributing with 303 runs from 8 matches at an average of 43.29.

Ishan Kishan has taken ablaze the recently ongoing T20I series against South Africa. He is currently the highest run scorer in overall and has scored 2 half-centuries so far after 3 matches, with 2 matches still to go.

Ishan Kishan had a overall disappointing IPL 2022, but he has made up for all of that for the Indian team. He performance with the bat for Team India in the series against South Africa and England will be very decisive. However, he could be a very option to open alongside captain Rohit Sharma.