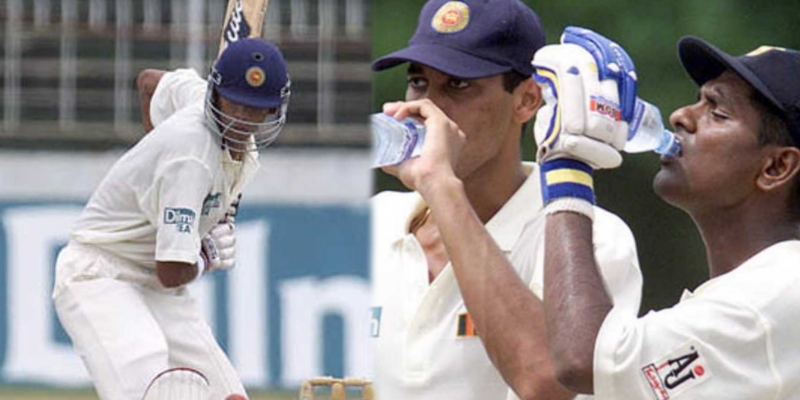 In Test cricket, all the batsmen generally play very restrained innings. Players have full time in this format and they play only by taking their time. This is the reason why we get to see very big scores in Test cricket. Players try to score runs in this format without taking any risk.

On 17 August 1935, a Test match was played between England and South Africa at The Oval. On the third day of this match, a total of 508 runs were scored and 8 wickets also fell. Batting first, South Africa scored 476 runs and declared the second innings after scoring 287 for 6 wickets. On the other hand, England scored 534 runs for the loss of 6 wickets in the first innings and declared their innings. England did not get a chance to bat in the second innings and thus the match ended in a draw.

On July 21, 2002, a Test match was being played between Sri Lanka and Bangladesh in Colombo. A total of 509 runs were scored on the second day of this match. Bangladesh team was reduced to just 161 runs while playing first. In response, Sri Lanka declared their innings by scoring 541 runs for the loss of 9 wickets. Bangladesh could only manage 184 runs in the second innings and they had to face defeat by an innings and 196 runs.

England vs South Africa match is at number three in this list. This match was played between the two teams on 28 June 1924. A total of 522 runs were scored on the second day of this match played at Lord’s. Playing first, South Africa scored 273 runs, in response, England declared their innings by scoring 531 runs for 2 wickets. 3 batsmen scored centuries for the team. In the second innings, the Proteas team could only score 240 runs and they had to face defeat by an innings.

This match between India and England was played on 25 July 1936 in Manchester. 588 runs were scored on the second day of that match. Till date in world cricket, so many runs have not been scored in a day of any Test match. Indian team scored 203 runs in the first innings and 390 runs in the second innings at the loss of 5 wickets. While England declared their innings at 571 for 8 and the match ended in a draw.