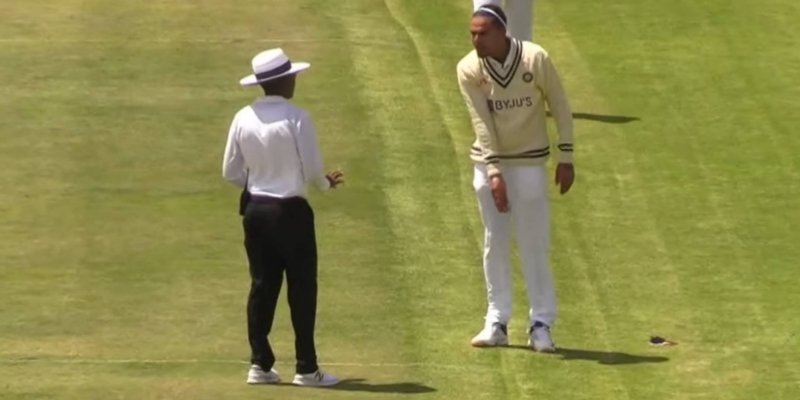 The South Africa A and India A tournament is ongoing at the moment. The Proteas have dominated so far but the Indian batsmen are fighting back. On Day 2, there was a rather bitter incident in which young Indian spinner Rahul Chahar lost his cool. In this article, we take a look at the video in which Rahul Chahar throws his sunglasses in anger after the umpire doesn’t give the batsman out.

India A and South A series has started

The ongoing series is an important one for the Indian aspirants. Since there is a South Africa Tour coming up, a few players who do well here could get a chance to join the senior squad. The likes of Prithvi Shaw, Hanuma Vihari and Umran Malik are all part of the tournament. There are a total of three tests that will be played and the likes of Shardul Thakur and Ishan Kishan will join for the forthcoming encounters.

The Indian bowlers struggled in the first innings of the game. The South African A squad put up a total of 509-7 and frustrated the Indian bowlers. Rahul Chahar was the most expensive Indian bowler as he conceded 125 runs in 28.3 overs. He only got one wicket.

Rahul Chahar might get pulled up here, showing absolute dissent to the umpires call.

A double appeal and throwing his equipment. #SAAvINDA

In the second session, when Rahul was in his 25th over, a ball bowled by him hit Sinethemba Qeshile on the pads. Despite the appeal, the umpire did not give the batsman out. Hence, Rahul threw his sunglasses down in anger. The umpires asked him to calm down, but Rahul tried to explain. He later picked up the sunglass and finished his over.