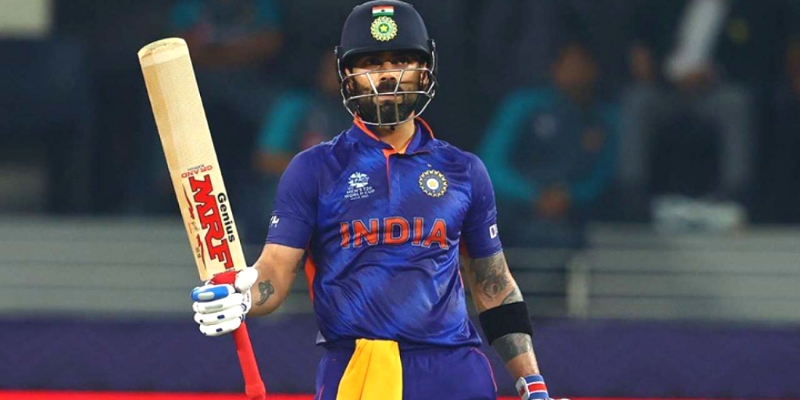 Virat Kohli slip out of top 10 in ICC T20I Ranking

Virat Kohli, who stepped down from his role as Indian cricket team T20I captain following the T20 World Cup 2021, he was rested for the 3 match T20I series against New Zealand, as a result of which, the Indian star batsman has slipped out of the top 10 position in the latest Men’s T20I Ranking.

The Indian batsman was positioned 8th in the previous update, and has dropped down by 3 places to 11th place. Meanwhile, the new Indian T20I captain, Rohit Sharma, who had a fantastic series against New Zealand, has climbed 2 spots and now sits at 13th position.

↗️ Rizwan, Rahul move up one spot
↗️ Guptill back in top 10

Martin Guptill, who was the 2nd highest run scorer in the series against India, has climbed 2 spots to enter the top 10.

Meanwhile, the top 4 has remained intact with Pakistan skipper Babar Azam at the top, followed by Dawid Malan, Aiden Markram and Mohammad Rizwan.

Indian off-spin bowler Ravichandran Ashwin, who had a great T20 World Cup 2021 and New Zealand series, has also jumped quite the places, from 129 to now 92nd position. Axar Patel, who was the main hero of India’s victory in the 3rd T20I in Kolkata, has also made big strides as he now finds himself 112 from 160th.

“Must Consider for IPL” – Unmukt Chand’s wife’s old tweets viral after marriage
Watch: Rahul Chahar Throws His Sunglasses In Anger After Umpire Doesn’t Give Batsman Out
To Top